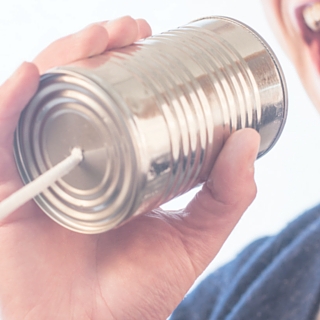 That caught our attention too!
This is from an article (here) and makes a little bit of sense. But the problem is we often think ‘in an ideal world’. But reality is very often quite different. Let’s dissect it.
We’ll start by saying you can only fix what you know.
We’ve posted numerous times on the fact that often, it’s employees who know what’s doing on. They are the keepers of important and intelligent information that, more than likely, is quite beneficial and important to the company. It’s often information that any good company needs or wants to know about because they care. The problem is, many employees are too scared to come forward for fear of seeming like they are perceived as complaining, or perhaps viewed as being ‘know-it-alls’. No employee wants to be thought of in that way.
The article goes on to say that studies have shown that when “employees can voice their concerns freely, organizations see increased retention and stronger performance.” At financial firms, for example, departments where employees reported speaking up more had increased financial and operational results than others. And at a restaurant chain, managers were able to persuade senior leaders to make improvements that reduced employee turnover by 32% and saved at least $1.6 million a year.
There are organizations out there where the ‘open-door’ policy rings true. Management has been open about communication for so long, with no reprisals, that the saying “that’s the way our culture is” seems almost an oddity in this respect – at least many people would think so.
But the article goes on to say that companies that rely on anonymous hotlines to get to the bottom of misconduct, are making the problem of  the ‘non-speak-up’ culture worse.
Use of anonymous feedback through the hotline
“If no one knows who said what, no repercussions will follow, so people can be forthright about any topic.” The article says there are three flaws in this.
The first one is allowing employees to remain anonymous actually highlights the risks of speaking up and reinforces people’s fears. “It’s not safe to share your views openly in this organization. So we’ve created other channels to get the information we need.”
I would argue that in theory this makes sense. However, reality is that many employees are scared to come forward. It may be that they’ve come from a previous employer who guffawed at any reported incident and did nothing about it. Or worse, that employee may well have seen retaliation of some kind towards a co-worker. The truth is that all employees are coming into the company from varying experiences and the ‘clean slate’ scenario won’t apply. Introducing employees to an anonymous hotline should be the starting point in an ever developing process of nurturing a speak-up culture. The open door policy may eventually come into play after a company earns that trust.
The second point is that anonymity can set off a witch hunt. In a study of one company, when employees provided negative feedback through hotlines, and other anonymous avenues, some bosses demanded to know “Who said this?!”
And that brings us back to point one. Employees are scared to come forward. And your staff is made up of people who have come into your employ from various previous experiences. So again, trust needs to be built up. It shouldn’t matter who made an anonymous report. It should matter what the report is, and what are you going to do to fix it?
The third problem the article talks about is that it can be difficult to address issues while protecting the identity of the people who raised them. As an example, it mentions that “reporting in a survey that a manager acts abusively, incompetently, or in racist or sexist ways won’t do any good unless management can assess the extent of the problem, explore the causes, and develop recommendations”. To do that, it says, “interviews need to be conducted, stories corroborated, and additional data collected—all of which involve talking to the person who has accused the manager of wrongdoing”.
Well yes and no. A robust case management system will do all that for you. It should allow the ability to have continued conversation back and forth with the whistleblower to get as much information as possible. And allow them to remain anonymous. They can supply all the information they need, upload any files, pictures, videos, needed to help get to the bottom of the issue. Where identity needs to be known is when you start to get into bigger legal issues that require the assistance of regulators and the law. There’s really no getting around that. But for the many ‘other’ types of issues that employees witness everyday and are too afraid to come forward with, an anonymous hotline is the best place to do it and remain anonymous.
And remember trust needs to be built starting from the top down. Employees need to see proof that their concerns are taken seriously. Employees need to see proof that retaliation won’t happen. Until then… do you have your hotline yet?