A Glossary Of Fraud Terminology 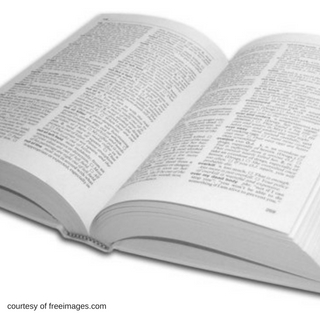 That’s right. A ‘Webster’s’ version if you will

A few years ago, Ernst & Young’s Fraud Investigation and Dispute Services Practice collaborated with the FBI using specialist software to identify more than 3,000 phrases and terms in emails.
They uncovered some of the most common words and phrases used by fraudsters who decided to email plans about their work.
The research was conducted because it was assumed that the analysis of emails written by employees under suspicion could save companies millions of dollars by flagging concerns before money was lost through fraud.
Back up – I’m thinking why would you email about your fraud plans at work, but perhaps I’m missing the whole picture. As an employee, a fraudster still has to communicate to other employees and management during the working day, updating on their work performed, metrics uncovered, plans for the next task at hand, delegate, etc. I suppose a fraudster can’t go completely silent during the day.
Plus they are more than likely colluding with someone in the unethical activity and searching for acceptance of the activity.
So perhaps not surprisingly, this research and analysis of website traffic that was conducted actually found a number of suspicious terms and phrases used across email systems, communicated by those committing fraud.
Without further ado…
Top 15 Fraud Terms

An interesting and obviously fraudulent mix of words.
Of course, not everyone is willing to participate in fraudulent activity right from the start. The research found that employees often disclose their reservations about fraudulent plans with phrases such as ‘want no part of this’ and ‘don’t leave a trail’.
They also try to rationalize their behaviour in emails by saying ‘not hurting anyone’, ‘won’t miss it’, ‘fix it later’ and ‘told me to’. And those words right there pretty much sum up what many investigators and psychologists already know. The fraudster has an overwhelming feeling that they have somehow been under acknowledged and accepted at work in someway and are deserving of what they see as rightfully theirs.
Preventing fraud in the workplace is often an outcome for many companies who have been unfortunate to feel the suffering. But preventing means it’s already happened and damage has been done.
However, detecting fraud before it happens is the ideal place to start. Finding the fraudster before the fraud happens, or does too much damage at the very least.
Let employees speak-up when they see or hear something. Anonymous employee tips are #1 way to detect fraud.
Anonymous hotlines allow employees to speak up.