Airline (or Airport?) Code of Ethics and Policies When Your Items Go Missing

Just How Far Should Ethical Guidelines Stretch Between an Airline and the Airport Baggage Crew When It Comes to Your Checked Bags and the Personal Items in Them?

It started two weeks ago when a Vancouver criminal laywer (the irony) and his fiancé started unpacking their luggage from a recent trip to Cabo San Lucas, Mexico, only to discover their bags had been ransacked and items worth more than $15,000 were allegedly taken or lost on a Sunwing flight.
At this point in the story, the easy message would be “well don’t put your expensive (or medically important) items in your checked bags. Take them with you on the plane.

Well I Have to Agree and Disagree. 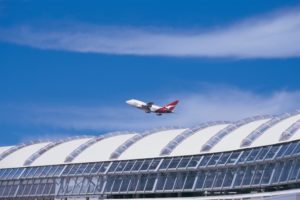 Yes bags can get lost or travel in the opposite direction to where you’re going (I headed to Hawaii from Vancouver once and my bag took an opposite flight and headed to New Jersey). These things happen so yes, take your medically important items with you that could potentially be a matter of life and death.
Having said that, should your bags be rifled through for the purpose of looking for expensive items to pilfer? Well of course they should not, anybody can tell you that. So in a situation like this one with our couple coming home from Mexico to find their expensive items stolen, where should policies be laid out?
Now I’m fairly certain that somewhere, Sunwing has a corporate Code of Ethics with policies in place. Covered in the Code and policies will be the corporate protocol around harassment, fraud, bribery, etc. One would assume that the Code is passed along to all employees on regular intervals so that everyone is aware of their responsibilities as employees of the organization (this includes the ticket agents to whom you pass your luggage over to).
Once your bags have been loaded onto that conveyor belt you see behind the ticket agents, they are now in the hands of Airport employees who sort them according to tags to load onto the appropriate flight. So, onto the Airport. Most major airports must have similar Codes and policies in place covering harassment, theft, etc.
Look at it this way – would it be appropriate for employees working in a small company to rifle through bags and steal personal items? Absolutely not!
So what’s the difference when you expand the ‘brick and mortar’ schematics from 100 employees to tremendously large corporations? Is it now okay to steal personal items, all the while the corporation isn’t at fault because you (traveler) didn’t take your personal items onto the plane attached to your person?
The difference is that now we’re dealing with enormous operations, with thousands of employees and it’s next to impossible for senior management to know exactly what is transpiring everywhere all the time. 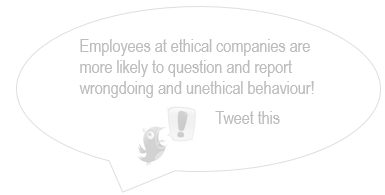 If you were to ask the CEO of Sunwing and the person in charge of any airport, they’d say that theft by employees is not part of their ethical structure (because between ticket agent and baggage crew, who’s to say where exactly these items went missing). But that’s beside the point.
The point is, this is a prime example of why an ethics reporting system should be in place in organizations like these. You can bet that at least one employee knew of this theft, knew it was wrong, but probably had no clue where to go (or if they should) to report on it. Or probably didn’t care. And that raises another issue. Why don’t they care? Because the Code probably hasn’t seeped it’s way down throughout the corporation touching all employees.
It’s so important to communicate your ethics reporting system, should you have one set up. If you don’t click here. When it comes to very large corporations, the potential for wrongdoing is exasperated by the sheer number of employees. It’s inevitable that wrongdoing is going to happen, but catching that wrongdoing before it gets out of hand is so important in the fight against fraud and business risk.