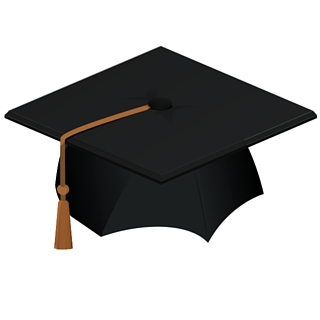 “It has become a cultural problem affecting young women”

It’s time for BC’s universities and colleges to take sexual violence against women seriously.
And BC’s Premier agrees.
BC’s Green Party MLA, Andrew Weaver, introduced a private member’s bill that would require universities and colleges to have policies on sexual violence. And BC’s Premier, Christy Clark, agrees that the province, and post-secondary institutions, need to do more to prevent this type violence on campuses.
Christy Clark has stated that “sexual assault on campus has become a cultural problem affecting young women.”
And the statistics are quite shocking.
Andrew Weaver has stated that “it is estimated that one in four female university students will be sexually assaulted during their relatively short time they spend on campus.” And these are just British Columbia statistics. The same can be said across the country and also for post-secondary institutions in the US.
There seems to be a delay, or lack of interest in, these abuses. In fact it took the University of British Columbia more than a year and a half to act against a grad student, despite mounting complaints of harassment or sexual assault by at least six women on campus.
UBC is now in the process of creating a campus sexual assault policy. Which is a step in the right direction. The ‘bill’ would require colleges and universities to have policies setting out the process that would apply when incidents of sexual violence are reported.
And that’s the key – getting them reported, because many aren’t. And those that are, get reported in person. And many women are told to keep things to themselves.
One women even compared telling the university that there was a predator on campus, with telling them that there was a snake in the room, then turning out all the lights.
A post-secondary education is, for the most part, a student’s first foray outside the safety of their home. When they enter an institution, they look to the higher-ups, for guidance.
When universities and colleges ignore these reports of abuse, the victims are taught that their concerns don’t matter. The abusers are taught that their actions will be covered up. This type of reality can carry forward into the workplace.
What post-secondary institutions across Canada and the US need to do is start implementing anonymous reporting mechanisms. Not internally run, but third-party run.

Universities often find themselves on front page news with glaring headlines about sexual violence and their lack of action. Advocates say most universities still lack stand-alone sexual assault policies. Without policies, there’s lack of response and support to victims.
This opinion isn’t limited to universities. Without policies in place, any organization will lack response and support to victims. Policies let employees and management know how certain situations are supposed to be handled in order to maintain the integrity of the organization, and the protection of its employees.
In the case of universities, students say that “administrations have made it very clear that they are more interested in protecting their bottom line and their reputation, than they are in actually protecting the campus community.”

<< VIDEO: How to set the tone for ethics training and reinforcement >>

It is apparent that more needs to be done to allow people to report on misconduct. Whether it’s done anonymously or not, retaliation should not be part of the agenda.
This new bill is a step in the right direction! Perhaps these institutions will also consider implementing ethics hotlines too!
The benefits of implementing a third-party ethics reporting process far outweighs the negative spotlight that comes with stories of ignoring instances of abuse.