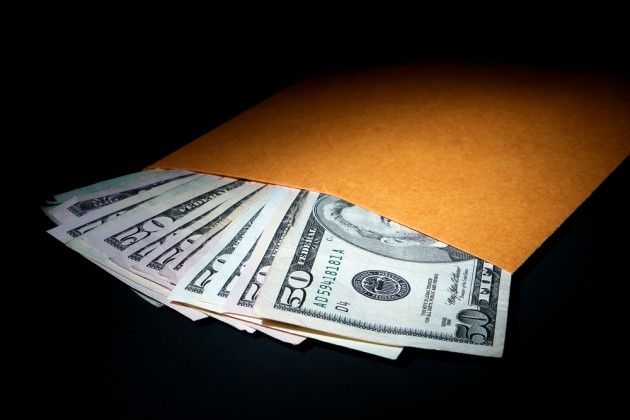 The United States Department of Justice (DOJ) continues its active pursuit of violations of the Foreign Corrupt Practices Act (FCPA). In the first four months of 2013, the DOJ cited four actions against individuals and corporations for violations of or assisting in the violation of the FCPA.
The following two cases highlight cases against individuals, while the last two reference judgments against public companies.
In the first case, Bernd Kowalewski, the former president and chief executive officer of BizJet, Jald Jensen, the former sales manager at BizJet, Peter DuBois, the former vice president of sales and marketing at BizJet, and Neal Uhl, the former vice president of finance at BizJet, paid bribes to officials employed by the Mexican Policia Federal Preventiva, the Mexican Coordinacion General de Transportes Aereos Presidenciales, the air fleet for the Gobierno del Estado de Sinaloa in Mexico, the air fleet for the Estado De Roraima in Brazil, and the Republica de Panama Autoridad Aeronautica Civil in exchange for those officials’ assistance in securing contracts for BizJet to perform maintenance, repair and overhaul services.
The details of this case can be read in entirety at: (http://www.justice.gov/opa/pr/2013/April/13-crm-388.html)
In the second case, Frederic Pierucci, 45, who previously held the position of vice president of global sales for the Connecticut-based U.S. subsidiary of a French power company, was charged with conspiring to violate the Foreign Corrupt Practices Act (FCPA) and to launder money, as well as charges of violating the FCPA and money laundering. An associate, David Rothschild, 67, a former vice president of sales for the Connecticut-based U.S. subsidiary, pleaded guilty on Nov. 2, 2012, to conspiracy to violate the FCPA. Pierucci and Rothschild allegedly used outside consultants to bribe foreign officials in Indonesia in exchange for lucrative power contracts.
The DoJ report can be viewed at: ( http://www.justice.gov/opa/pr/2013/April/13-crm-434.html)
In the two corporate violations of the FCPA, much was made of the value of self-reporting. Fines were reduced and terms were lessened in both cases. The value of a whistleblower hotline is evident in both instances.
“On April 16, 2013, the DOJ announced a non-prosecution agreement with Parker Drilling Company, a Houston, Texas-based, publicly traded company, to resolve charges that it authorized a $1.25 million payment to an intermediary it knew would be used to improperly influence Nigerian government officials. The intermediary, Panalpina World Transport (Nigeria) Limited, sought to avoid Nigeria’s customs law with regard to Parker Drilling’s drilling rigs, as well as a $3.8 million fine which Nigeria levied against Parker Drilling. As part of the non-prosecution agreement Parker Drilling agreed to pay $11.76 million. Parker Drilling also settled related charges brought by the SEC, agreeing to pay $4.09 million in disgorgement and prejudgment interest.” The Department of Justice emphasized that it took account of Parker Drilling’s cooperation, including its “extensive, multi-year investigation into the charged conduct.”
Additional information regarding this SEC case is available at: (http://www.justice.gov/opa/pr/2013/April/13-crm-431.html)
Six days later, on April 22, 2013, the DOJ announced a non-prosecution agreement with Ralph Lauren Corporation to resolve charges of FCPA violations for bribing Argentinean government officials. The agreement states that Ralph Lauren’s Argentinean subsidiary bribed customs officials over a five-year period in order to clear customs, avoid paperwork, and sometimes to avoid inspection entirely. Ralph Lauren Corp. agreed to pay an $882,000 penalty, cooperate with the DOJ, and to implement enhanced compliance procedures to prevent and detect FCPA violations. In a companion proceeding, the SEC announced a separate non-prosecution agreement with Ralph Lauren requiring the company to pay $734,846 in disgorgement and prejudgment interest. It is noteworthy that the DOJ made a special acknowledgement of Ralph Lauren’s “extensive, thorough, and timely cooperation.”
Additional information pertaining to the RLC case is available at: (http://www.justice.gov/opa/pr/2013/April/13-crm-456.html)
According to the FBI, “Business executives have a responsibility to act appropriately in order to maintain a fair and competitive international market. The FBI is committed to curbing corruption and will pursue all those who try to advance their businesses through bribery.”