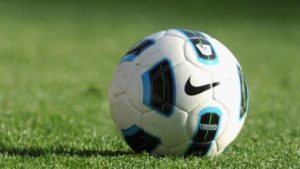 Fraud at the World Cup – No, Not This Year’s

The 2022 FIFA World Cup is eight years away, and the United States has already been cheated out of a win.
According to recent reports by British newspaper Sunday Times, Qatari official Mohamed bin Hammam allegedly bought votes to win the bid for his country to host the event in 2022. This meant that in the final round of votes, Qatar edged out competitor United States with 14 – 8.

The Sunday Times received this information through a whistleblower – namely, an individual they know be to be a “senior FIFA insider.”
The whistleblower sent the newspaper an extensive collection of bin Hammam’s correspondences, including emails and documents, which detailed his corrupt dealings with fellow FIFA board members.
Bin Hammam allegedly paid $5 million to African officials in exchange for their votes, along with their support for his own aims to ascend in the ranks of the organization. In addition, he orchestrated government talks with Thailand over natural gas – a deal that would be worth tens of millions of dollars – to satiate Thai native and FIFA board member, Worawi Mukadi.

In 2011, Bin Hammam was already expelled from the FIFA board for financial wrongdoing as the leader of the Asian Football Federation. Now, Germany’s football icon Franz Beckenbauer, who was a voter in the FIFA election in 2010 when the vote took place, is under scrutiny for wrongdoing as well.
The Sunday Times accused Beckenbauer of meeting with bin Hammam, and as of last Wednesday, the icon was refusing to cooperate with the FIFA board’s investigations. According to FIFA prosecutor Michael Garcia, FIFA’s code of ethics requires all football officials to cooperate with their ongoing investigation.
Garcia’s investigation has been going on since last October, interviewing officials from the nine countries that were in contention for the 2022 bid, as well as reviewing crucial evidence from whistleblowers.
Even in an arena as vast and powerful as the FIFA World Cup, whistleblowers can still make a difference – as long as someone’s willing to listen.
WhistleBlower Security prides itself as Canada’s independent certified ethics reporting provider for businesses, and is committed to promoting a culture of integrity, collaboration and transparency for all our employees and clients. With a 24/7/365 whistleblower hotline, employees can be assured that all of their ethical concerns will be heard and addressed.