He Blinded Me With Science (Fraud) 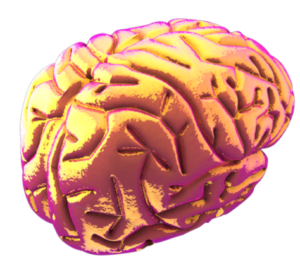 Here at Whistleblower Security, we’ve covered basically every type of fraud from phone fraud to check fraud to academic fraud to even food fraud.
Now it’s time to talk about scientific fraud.
A top researcher at Iowa State University – well, former top researcher now, that is – is being accused of intentionally falsifying his AIDS research. While such an action is already reprehensible enough as is, this particular case of scientific fraud also set back taxpayers a total of $15 million.
Dr. Dong Pyou-Han was testing his HIV vaccine on rabbits that were infected with the virus, and the findings he had been reporting to the university were so promising that the National Institutes of Health (NIH) had taken notice and awarded both the university and Han with $15 million worth of research grants.
Though his results passed an initial round of back-up tests, Han’s supervisor still had some suspicions about them. After Han’s paper was first published, the results were secretly sent to the NIH and another senior scientist at Iowa State, which eventually revealed the truth about the falsified research.
Though the rabbits in Han’s study seemed to be developing an impressive immunity to HIV after they were given the vaccine, the subsequent tests actually revealed that Han had actually mixed the rabbit blood with human antibodies, which resulted in the appearance that the rabbits were becoming immune.
Unfortunately, of the $15 million in grants that the NIH had already awarded Han and the university, most of it has already been spent on salaries and lab equipment. However, in light of this scandal, Iowa State University has managed to pay back $500,000 of it.
Though the track record of scientists who committed research fraud actually going to prison and/or paying back their misused grants isn’t very good, if Han is eventually found guilty on all four of the federal charges against him, he will face up to 20 years in prison and a $1 million fine. Scientific fraud is no joke, you guys.
When Han was reached for comment by CNN, all he had to say was two words: “I’m sorry.”

Fraud in the Healthcare Sector Is Quite a Serious Offence

According to a prominent scientist, the NIH has given out an estimated $58 million in research grants over the past 22 years to scientific research that turned out to be fraudulent. That’s a lot of money that could have been saved for much more deserving research if only someone had blown the whistle on fraudster scientists. According to the ACFEs 2014 Report to the Nations, corruption in the healthcare industry (we’ll call this an act of corruption) sits at 37% of healthcare frauds. Click here to see a bar graph on the different types of healthcare fraud.
Implementing an ethics reporting system into your corporation could save you tons of time and money that might otherwise have been wasted on dealing with internal fraud. There are many different types of healthcare fraud schemes out there.