Panama: Laundering Your Money Since The 1970s 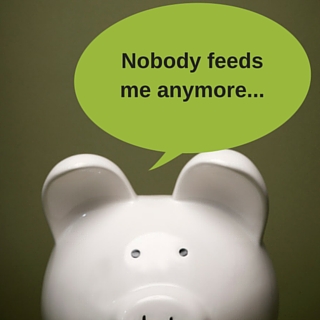 Got filthy money? Get it squeaky clean the secret way!

Panama is much more than a canal. The top 10 list of things to do while in Panama include beaches, ecotourism, international festivals, etc. Interestingly it doesn’t include its famous money laundering services.

Probably not a surprise, because money laundering is a service that is like a cat that nobody wanted to escape the bag. Too late!

The cat is called The Panama Papers. They are the leak of 11.5m files from the database of the world’s fourth biggest offshore law firm, Mossack Fonseca, in Panama. These records were obtained from an anonymous source by a German newspaper, who then shared them with the International Consortium of Investigative Journalists (ICIJ). The ICIJ then shared them with a large network of international partners, including the Guardian and the BBC.

That brings us to today where we are learning about world leaders laundering their money in shell companies – really we kind of already knew they did this but these papers reveal the shear enormity of it. And shocking to others are names of favourite sports personalities and actors.

Some of the names in this scandal are draw-dropping to some – Argentine soccer player Lionel Messi, Indian actress Aishwarya Rai Bachchan, and actor and Kung Fu genius Jackie Chan.

In a December 2014 post titled The Law Firm That Works with Oligarchs, Money Launderers, and Dictators, the author traveled to Panama and learned how easy it can be to set up a shell company.

All you need is a passport, a driver’s license, something that shows your home address, and a letter of reference from any bank. And ta-da!

To break it down in a nutshell, the author describes money laundering as using a shell company in which money is put into. A shell company is a fake entity where one can hold and move cash under a corporate name without international law enforcement or tax authorities knowing it’s yours. Once the money is disguised, you can then spend your money. And those who operate in a corrupt fashion, can use their money to fund their corrupted ways.

This is the very definition of money laundering – taking dirty money and making it clean, and shell companies make it possible.

That’s not to say that names associated with the scandal are crooks. Using offshore accounts is legal. Some people use offshore accounts for inheritance or estate planning reasons. Others put their assets offshore to defend them from raids by criminals. However the biggest users of this service are the corrupt, criminals, and money launderers.

What these leaked papers do reveal is the innumerable ways in which the rich can exploit secretive offshore tax regimes. And this is one of the biggest leaks ever. Bigger than WikiLeaks in 2010, and the documents released by Edward Snowden in 2013. There are 11.5m documents and 2.6 terabytes of information that have been taken from Mossack Fonseca’s internal database.

The ICIJ has said this leak  shows “a never-before-seen view inside the offshore world – providing a day-to-day, decade-by-decade look at how dark money flows through the global financial system, breeding crime and stripping national treasuries of tax revenues.”

But let’s not keep pointing the finger at Panama. They were just unlucky enough to get caught. The world is littered with services where people can stash away their cash. The problem is that the majority of this money is dirty. It’s money that’s taken away from those who really need it.

In a 2015 report from Global Financial Integrity, it found that developing and emerging economies lost US$7.8 trillion in illicit financial flows from 2004 to 2013.

The whole system needs to be changed according to Transparency International. All countries should require much higher levels of transparency around who owns and controls companies registered in their territories.

Over the next number of months the Panama Paper story will continue to evolve and time will tell what comes out of it.

What has been revealed is the secret weapon and selling point of offshore tax havens – secrecy. They aren’t selling offshore accounts, they are selling secrecy.

And definitely one of the more favourable qualities of employees of Mossack Monseca is that of being tight-lipped!