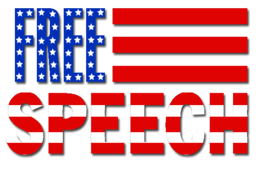 Today, in a landmark whistleblower decision, the US Supreme Court held that “truthful testimony before a federal Grand Jury is ‘clearly’ protected speech under the First Amendment.
This decision was unanimous and it recognized the importance of protecting speech from a whistleblower when it involves public corruption. Often, these types of corruption cases require a whistleblowing government employee to testify – an employee who was willing to blow the whistle on their manager.
But the dilemma facing these brave individuals, who see and report fraud and wrongdoing, is what to do in this tricky situation. They are torn between coming forward and testifying before the courts truthfully about what they reported, and at the same time, trying to avoid retaliation and losing their jobs because they spoke out. The Court agreed – this was a dilemma and the need to protect these whistleblowers happens now.

So it went down like this:
Edward Lane was a Director of Community Intensive Training for Youth (CITY). This is a program aimed as underprivileged youth operated by Central Alabama Community College. Mr. Lane conducted an Audit of the program’s expenses, discovered that an Alabama State Representative on the payroll had not been reporting for work. Lane terminated the State Representative. In that case Lane testified about the events that led to the termination. The State Representative was sentenced to 30 months in prison.
At the same time, CITY was having issues of its own – budget shortfalls. “Franks” who was then the Community College president, terminated Lane (and others) in an effort to address the financial woes. But later, this termination was rescinded – not including Lane and one other employee.
Lane sued Franks alleging that Franks had violated the First Amendment by firing him in retaliation for testifying against the State Representative.
Fast forward to today, and the good news coming out the Supreme Court regarding whistleblowers testifying about public corruption.
The Executive Director of the National Whistleblower Center, Stephen Kohn, said today in a statement, that this ruling “will have a direct and major impact on the willingness of public employees to expose corruption in government. Criminals – even if they are high-ranking elected officials or billionaire bankers, cannot retaliate against any person who truthfully testifies about their crimes.”

In this ruling, the Supreme Court has added to the fact that retaliating against whistleblowers who provide information about federal crimes to federal law enforcement is an obstruction of justice – it’s now also unconstitutional. Now, all public employees who have information concerning corruption and fraud, can do so without fear of retaliation.
This is going to have a widespread impact on fraud investigations. Fraud is bad. Reporting on fraud is good. In our blog post yesterday, An Elaborate Code of Conduct is the New Black, tells how it’s trendy to be certified as honest a fair. More organizations realize that in order succeed and grow in the future, they need to step up to the plate and do good stuff now!
Well, today’s ruling is good news. WhistleBlower security has always had the back of anybody who comes forward to report on any wrongdoing. We believe in coming forward truthfully to report wrongdoing anonymously. How else is our world going to learn from its mistakes and create happy citizens.
WhistleBlower Security prides itself as a global independent certified ethics reporting provider for businesses, and is committed to promoting a culture of integrity, collaboration and transparency for all our employees and clients. With a 24/7/365 whistleblower hotline, employees can be assured that all of their ethical concerns will be heard and addressed.