The Importance of Anonymous… 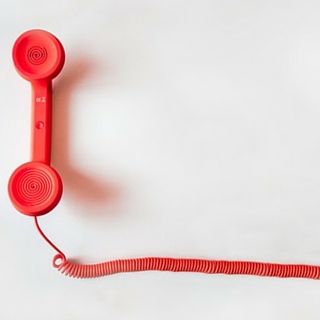 Guest post by Emma Brown
‘Whistleblowing’ is no new concept, yet it remains relatively unheard of. A quick Google search though will give you hundreds of results with everything from hotline companies to advice if you’re the one about to ‘blow the whistle.’
Funny though, is that a multitude of articles giving you advice are usually asking you to reconsider ‘blowing the whistle’ or to be fully prepared when you do. In short, you should be able to prove your statement before you even make the statement and also be prepared for possible retaliation. This is because many US complainants were subject to discrimination or even job termination after they stepped forward.
In fact a random survey done by Patricia Patrick in 2010 found that 74% of whistleblowers were terminated. Another 15% of whistleblowers studied were harassed or given poor evaluations.
Ouch!
This is where the importance of having an external and more importantly anonymous hotline comes in. US legislation only protects those whistleblowers in certain industries and often they have to undergo a series of steps to even be considered for this type of protection, all which have to be completed in a very short set amount of time.
Even with a monetary incentive, without reliable protection possible, whistleblowers will tend to stay quiet rather than risk losing their jobs or facing discrimination. This is striking considering the most common detection method of fraud for nonprofit, for-profit, and other businesses, is anonymous employee tips.
In AFCE’s Report to the Nations they found that in companies that had a whistleblowing hotline in place, 47.3% of fraud was detected through tips.
As we begin to implement the use of ethics hotlines into Canadian business culture it is so important to learn from the American processes and realize the potential to prevent fraud or other ethical/legal violations by protecting the reporters through the use of anonymous and external hotlines.
The longer an unethical or illegal action goes on the more damage it can cause to the company, so it seems that common sense plays a role, in that it is in the best interest of the company to detect these violations ASAP. So then why is the Internet stressing the need to prepare?
Of course ‘blowing the whistle’ is a serious matter and shouldn’t be done simply because your coworker smells like cigarettes and black coffee all the time. But when 47.9% of fraud detection is through tips, if a worker truly has insight into a harmful activity without actually having substantial evidence they should have the opportunity to come forward.
Anonymous hotlines allow for this by protecting the reporter’s identity. This prevents retaliation through discrimination, harassment, or job termination whether the tip leads to a revelation or turns out to just be a misunderstanding.
The time for third-party ethics hotlines is now!