The Next Generation of Ethics Is Upon Us!

Generation Y Is Hitting the Workforce. Wave Your White Flag or Embrace Them?

I’ve read a few articles lately about Generation Y, those born between the 80’s and 90’s/2000’s and their views on ethics in the workplace, and the jobs they are funnelling themselves into. This generation has very strong views on ethics and how ethics ‘should’ play in their world.
Most of these younger folk (born 90/2000) live in the technology age. They’ve grown up surrounded by it. For them everything is ‘fast’. Knowledge comes fast, experience comes fast. They expect things fast.
A study of millennials and their bosses, by Bentley University, found that “older fogies really do think millennials don’t work hard enough.”
Another survey found that 15% of all respondents identified “work ethic” as the crucial ingredient in preparation for the workplace. But only 7% of high school students and 9% of college students thought so. 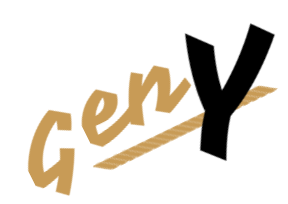 Sixty six percent of millennials feel misunderstood by their elders. And that brings me to this post. I figured I’d test these ‘studies’ on my own Gen Y’er. Not exactly entering the workforce now, but he falls into the later birth year, 1999 (the 7% of high school students mentioned above). I wanted to get his opinion on ethics and where is brain is at in this world. He has opinions (and I’m the old fogey in the above mentioned study). He will be joining the workforce soon part-time.
Whether stocking shelves at the local food store, or entering a Jr. position at a fortune 500, ethics doesn’t change. Wrongdoing doesn’t change. Policies still exist that every employee needs to abide by.
We tend to judge each generation. But each participant has their own views on ethics. I thought it would be interesting to get my son’s views. Granted these are coming from a 16 year-old, not a fresh-out-of-college 24 year-old. From the mouth of a Generation Y (to the point, no beating around bush):
Question 1: What do you think ethics is in the workplace?
How people treat each other. Treating others with respect. Looking out for others. Don’t take advantage of other people.
Question 2: Have you experienced, or seen unethical behaviour?
Yes, at school. Some people have taken other student’s work ideas and made them their own.
What do you think about that?
It’s not right and they shouldn’t do it.
… now we get into the meat and potatoes
Question 3: If you knew of a student (who you didn’t know personally) who was unethical in some way, would you report on that student if you could remain anonymous?
No because you can’t be guaranteed anonymity, otherwise yes I would.
What if you really could remain anonymous?
Then yes I would.
Question 4: What if the person doing something unethical or wrong was a good friend. Would you report on them?
If I could remain anonymous I would consider it.
Why consider?
Because I don’t want to seem untrustworthy.
Question 5: Would you accept a job at a place where you know they allow employees to be unethical and participate in misconduct?
No because I don’t believe people should be allowed to behave that way.
Question 6: If your teacher said it was okay to participate in unethical behaviour, would you, knowing that it was wrong?
Yes because the teacher said it was fine.
Question 7: If you did go to someone to report on a perceived wrongdoing, who would it be?
Student counsellor.
Question 8: If you were suspended from school for bringing forth activity you knew was wrong and unethical, would you fight your suspension?
Absolutely because I am right and I shouldn’t be punished.
This generation knows what they want
I’m liking where his head is at. This is a generation that is (and will be) hitting the workforce like a battering ram, and if companies aren’t ready, they are going to find themselves up the proverbial creek. ‘Old ways’ are being replaced by new ways of thinking. Companies need to be ready, because this generation is hot on our heels and is expecting change.
Sweeping fraudulent activity under the rug isn’t going to fly very far with this generation. Perhaps the day’s of Enron type scandals are phasing out? Money isn’t the first thing on this generation’s minds (sort of) – they care more about the impact of a company’s actions on the environment compared to older generations. At least it would seem so when conversing with my son.
(Question 4) Most people do want to speak up and report on unethical or fraudulent activity. It’s important to allow them to stay anonymous while doing so. They do worry about breaching trust of peers, however, they also know that bad activity can’t continue. And they would go to a manager to report on that activity (question 7).
(Question 8) We wrote a post about how the SEC says you can’t shup whistleblowers up. Well you most certainly won’t be able to shut this next generation up. They are mobile and have large followings. If they don’t feel safe coming forward to report on wrongdoing with guaranteed anonymity, then they just may take to social media and that could have huge implications for all parties involved. So best incorporate that whistleblower hotline now.
(Still human though) Interesting the contrast between question 5 and 6. Most people know the difference between right and wrong. But, like many fraudsters, if the behaviour is allowed and they can get away with it, then they will continue participating in that activity.
If management at all levels allows participation of bad behaviour, this inexperienced group may just follow along. It’s important that all players are following the same rules, and leaders at all levels are leading by example so that the right choices are made. It could end up saving a company a heap of violations and legal troubles. Not to mention lost jobs and jail time.
It’s important to start this generation off on the right track. They’re not going away anytime soon. They will be taking over your jobs. So let’s get that whistleblower hotline in place and get this large quantity of new employees familiar with it.