Fired Over a Smiley Face? 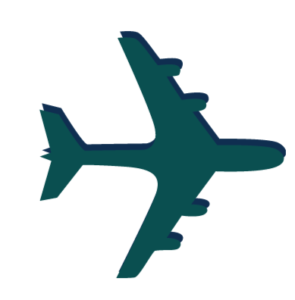 If you were about to board an airplane, and you noticed that written on the tail—a good 30 feet off the ground—were the words “BYE BYE” with a creepy smiley face… would you still get on that plane?
Thirteen senior flight attendants at United Airlines made the (fairly understandable!) decision not to board the plane—and they were all fired as a result.
Now, they’ve filed a whistleblower complaint with the US Labor Department’s Occupational Safety and Health Administration, claiming that they were wrongfully fired and that United put their flight schedule ahead of the safety of their passengers and their own crew.

Here Are the Facts

The plane in question was supposed to leave on July 14th of last year, departing from San Francisco heading to Hong Kong. Before the flight, the co-pilot conducted a “walk-around inspection” of the plane, and discovered the mysterious drawings on the plane’s tail cone. Written in an oil slick, were the words “BYE BYE,” with two faces—one a smiley face and one a sort of a “devilish” expression.
Given that the plane’s tail cone is located 30 feet off the ground, this was pretty alarming. This meant that the markings could only have been made by someone who not only had the level of security clearance required to access the plane and the airfield, but also had access to a special lift that could take them up that high.
According to the attendants, the co-pilot told the plane crew about the drawings, calling them “disturbing,” and as a result, the attendants decided that they didn’t feel comfortable going forward with the flight without a full safety inspection. However, the captain felt that the plane was “good to go,” and in their official complaint, the attendants claimed that United “tried to bully the flight attendants into flying.” They refused to board the plane, resulting in the flight being cancelled and the plane being grounded for two days. They were then fired shortly after for insubordination.

Allow Your Employees to Speak up, and Listen

In this case, the attendants spoke up about their safety concerns, but their concerns went largely ignored. Given what they knew about the potential threats on the plane, it’s clear to see that their refusal to staff the plane was purely out of concern for the safety of everyone involved, from the passengers to the cockpit crew.
While a whistleblower complaint at your workplace might not be quite as life-or-death, it’s still important that employees at any organization have a place to voice their concerns and issues of potential wrongdoing, knowing all the while that their employers will take them seriously.
It’s a big decision that many grapple with. Do you blow the whistle, or don’t you? Do you remain silent? Do you report?
Whether within society or in the organization, it’s important to promote a speak up culture. We’ve seen what can happen when we don’t. Download a copy of our eBook about creating a speak up culture.
Implementing an ethics reporting system into your workplace can be a great first step in building a healthy relationship between you and your employees. An independent ethics reporting system with a 24/7/365 anonymous whistleblower hotline ensures that employees will always be able to voice their concerns in a safe, anonymous space.