What Ethical Dilemma Did Ashley Madison Users Face Before Jumping In?

You should be asking this question because they work in your company. And they will be making other ethical choices related to your company’s policies and procedures.

So what kind of decisions will they make? It’s probably worth worrying about. Or at least, pondering. What does this huge data hack mean for the compliance and ethics community? Well according to this blog post, it’s a good reminder that your organization’s data is a prime target.
Ashley Madison has about 120 million visits to its site per month. According to this stat site, there are 60 million married couples in the US. And according to this stat site, there are about 9 million families in Canada. Reports now indicate that there are about 40 million Ashely Madison member records now available. So you do the math. These folks are working at your company.

Ethical decisions ensure that everyone’s best interests are protected. When in doubt, don’t. Apparently many people ‘did’.

There’s a Lot of People Begging for Forgiveness at the Moment. 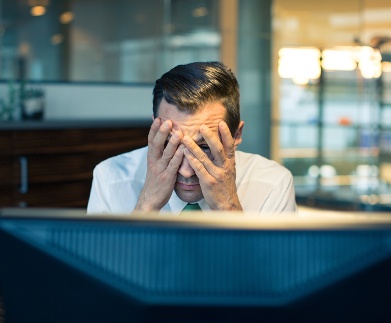 This doesn’t sit well in many companies. Did you hear the one about an aide (former) to Michigan state representatives who blew the whistle on an extramarital affair between two legislators, who might have misused public resources in an attempt to cover up their relationship? Now he’s about to be involved in a scandal of his own. He is among millions of users outed this week by hackers of the cheating website. Ironic, don’t you think?
You’re probably looking around you at your co-workers wondering…
The ethical behaviour of most business professionals is regulated by codes of conduct. This whole sordid data breach incident should be a wake-up call for anyone who has ever resisted a compliance program on the premise that “we have good people” or that “our people know the difference between right and wrong.”
Apparently many people don’t know the different, or don’t care about the difference when it comes to adultery. They could argue that it’s a personal matter. That may be true, but as a company you could argue back “could that employee cross that ethical line on other matters?” Statistics show that there are a number of users who access the site from their work.
Unethical behaviour could possibly fall into that ‘grey area’ that may be undefined without internal codes of conduct. This can make it difficult to decide how to proceed when it is encountered. Often times, different people have varying opinions in regard to what is ethical or unethical. Therefore, it is critical to have a clearly defined code of ethics.
From the hacked data side of this whole affair, no matter the details behind the company in question, it’s still wrong. The company’s CEO, Noel Biderman, said the company believes the hack was an inside job, from someone who already had access to its systems. Apparently they have all of the hacker’s work credentials. So now the question could be asked, didn’t anyone inside the company have any inkling of what was about to happen? Did they not feel able to bring forth any knowledge ahead of time?
No matter how good an ethics and compliance program is, there will still be people willing to cheat, whether in their marriage or elsewhere. The only thing a company can do is to continue to tout their ethics and compliance policy and keep the communication open between employees and top management. If an ethics and/or compliance program doesn’t exist, it’s probably about time you considered getting one on the drawing board. Read about 10 best practices to build a strong compliance program.