Whistleblowing behind the scenes 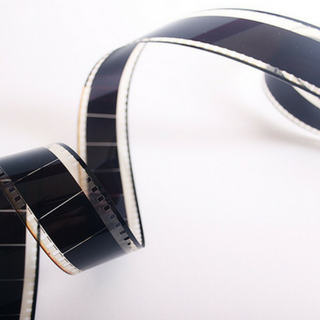 Historically, there have been countless examples of organizations taking a “hear no evil” approach to whistleblower complaints. “Tattle-tailing” or “narcing” was perceived to be a serious threat to a productive culture based on the trust of your fellow employee. Much like a professional sport team that protects each other in order to beat the opposition at any cost. Win as a team, lose as a team. Loyalty toward co-workers was considered one of the most valuable attributes an employee could possess.
Recently, hundreds of documented cases of ethical violations in the workplace have exposed huge financial and reputational losses to small and large companies alike. Billions of dollars have been lost to fraud, theft, bribery, and many other forms of impropriety. In the vast majority of cases there were witnesses who didn’t speak up.
Increasingly, regulators and governments world-wide are giving voice to the importance that companies and non-profits retain an independent, third-party resource to provide portals through which employees and others can voice concerns. Such resources also help protect those raising concerns from retaliation by providing anonymity if required.
Whistleblowing systems need to allow for full disclosure. When used correctly they promote ethical behavior and integrity among employees while also providing management with a system to deal with potential problems before they have serious consequences.
The mere perception of retaliation is often enough to deter reporting of misconduct. Where trust is HIGH and perceptions of management and peers are POSITIVE, retaliation is far less prevalent. Hotlines and the policies around them are designed to support a culture of integrity, empower employees and improve moral. Anti-retaliation policies encourage the use of these resources, and reinforce management’s commitment to transparency.
INCORPORATE GOOD GOVERNANCE
By identifying sources of corruption, management can discover, through this early warning system, evidence of activities that may threaten or impede compliance with laws, rules, regulations and standards related to their company’s sop’s. They can eliminate waste, loss, theft and shelter their company from costly litigation.
Whistleblower systems encourage proper conduct and provide a process that, when implemented and properly maintained, will assist in efforts to reinforce pre-determined and acceptable ethical behaviours. It will increase employee morale by giving them a voice. The key to a successful system is to ensure honest, transparent and authentic communications. Empower employees through inclusion, dialog and interaction. Additional advantages often include increased employee satisfaction, employee retention, trend analysis and reduced insurance cost. All things that lend themselves to a more valuable organization.
Whistle blowing hotlines, whether telephonic, email or web based, are an important way for organizations to capture concerns from employees and others about the way a business is operating. In an ideal business environment, employees would be prepared to openly raise concerns about any issues with their managers. In the real world people worry about retaliation (in its many forms) or being labelled as a snitch. Often times, people are simply not sure if what they are witnessing is actually something that they should bring to management’s attention. Whistleblowing, when managed correctly, provides a confidential and safe way for people to communicate these concerns.
The most efficient systems provide for on-going dialog with the person raising the concern, while maintaining their anonymity. The process of receiving a complaint or concern through the whistleblowing system needs to address a number of things including: How concerns will be documented and recorded, and ensuring that the person receiving such calls are fully trained and equipped to respond appropriately. There needs to be an effective evaluation and screening process for each concern raised via the system.
Is it time to implement ethics reporting in your business?