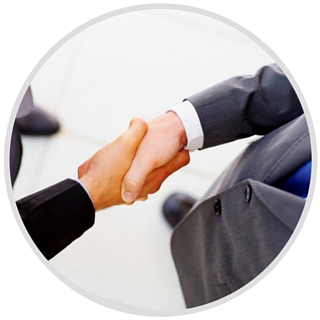 If the last few weeks isn’t proof the world needs whistleblowers, then who knows what is!

The most privileged and powerful in the world operate with a different set of rules. This is what Edward Snowden told more than 2700 people at a recent Vancouver event.

Calling in from exile on a panel organized by Simon Fraser University, the topic of examining the opportunities and dangers of online data gathering was up for discussion.

Days before the leak of the Panama Papers quickly spread through social media, we were learning of the world’s biggest bribe scandal involving Unaoil.

Operating in a plethora of conflict zones, like Syria, the Congo, and Iraq to name a few, Unaoil and its subsidiaries have pretty much “mastered the art of corruption”, some reporters write.

To master something takes a heck of a long time to practice… and desire to want it. To do it, Unaoil rubbed shoulders with royalty, partied in style, and mocked anti-corruption agencies. But get this – for almost a decade, Unaoil had been certified by an anti-corruption agency.

This raises questions about the worth of agencies like this and how many other companies are also certified by these agencies.

Like the leak of the Panama Papers, the Unaoil scandal involves some of the world’s most powerful, including corporations like Halliburton, Samsung, and Hyundai. And many of these corporations knew they were participating, but turned a blind eye.

This just proves Edward Snowden’s opinion that the most powerful in the world operate with a different set of rules.

And why he sings the praises of whistleblowers.

The former US intelligence contractor said of the Panama Papers, which were given to journalists by an anonymous source, that change can’t happen by itself.

“The media cannot operate in a vacuum and… the participation of the public is absolutely necessary to achieving change.”

Of the rich and powerful participating in bribery and scandal, he said “it happens without our knowledge, without our awareness, without our consent.” “They don’t even pay the same taxes as we do.”

It takes a massive leak of documents by anonymous sources to shed light on the absolutely astonishing degree of crime and corruption that is happening behind the closed doors of the most powerful and how it affects those nations most in need. This is the work of whistleblowers.

The ironic thing is this – individuals and nations the world over are singing the praises of these anonymous whistleblowers who broke these incredible stories.

Yet scaled down to a company level, many don’t sing the praises of employee whistleblowers.

There really is no difference – one is just on a grander scale than the other.

A little harsh as this may sound, some would call this being a hypocrite.

We jump up and down for joy at the work that these whistleblowers do to bring us knowledge of what these privileged and powerful do with money and how they harm weak nations.

Yet, we shun the employee who sheds light on accounting fraud.

And companies put the implementation of third-party hotline providers on the back burner.

“By developing a culture of transparency and accountability where we not only know what government is doing, but recognize that we have not just the right but the responsibility to actually act in changing the nature of government… directly holds these individuals to account,” Snowden said.

“We can achieve change. And ultimately whether we do or not is a decision that falls to us.”