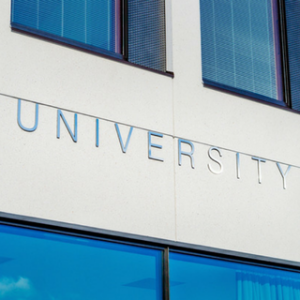 Finally, justice on BC university campuses

The recent history of violence, sexual assault, and harassment at many universities prompted the province to introduced legislation requiring universities to have sexual misconduct policies in place by May 2017.
In 2016, the province tabled a bill to compel post-secondary institutions to write and maintain policies to prevent and respond to sexual misconduct, including sexual assault, harassment and voyeurism.
It’s a welcome relief for many student unions around the province.
The historic investigation of many assaults has been a bit sketchy to say the least.
Canadian universities try to resolve most complaints informally, or internally through university administrators. Less than 10% of complaints are resolved through a formal investigation, with some institutions turning to a formal process in less than 1% of cases,
The argument is that survivors have a history of not coming forward. So university administrators often steer complaints into mediation because they have seen victims damaged by a formal investigation.
The shocking part is that in some universities, the process for investigation is to allow a panel of students to sit in and judge whether an assault took place at all. This could possibly be why many victims don’t come forward.
Does this revelation shock you? It should. For a variety of reasons. The most obvious, this could be your child investigating allegations of serious crimes against their peers – with zero experience – or this could be your child who is the victim of a crime and has to relay their life altering experience to another student. Everything about this is wrong!
With this new bill, victims will no longer report the crimes against them to other students. Universities will need to establish a centralized office to respond to reports, and hire a director of investigations.
Victims need confidence in how their reports are handled. And of course this rings true with any company and how it handles reports of misconduct. If victims don’t feel confident, they won’t come forward. And this means misconduct and wrongdoing will continue, costing an entity money, its reputation, and more importantly, the confidence and safety of it students, and employees.
The new bill has also prompted arguments against its content. Combating sexual violence on-campus is larger than just policy. The new bill only talks about post-secondary institutions, instead of high school and/or elementary school. What it doesn’t do is target the root of the problem, but instead only tackles the aftermath of violence.
But, universities are heading in the right direction. The safer students feel about coming forward to disclose crime against them, the quicker the investigation can get underway. This creates more trust between the university and its students, and begins the creation of a ‘zero tolerance’ culture.