Obama Takes on Fraud – and How You Can Too

Does the Secret Service Let Identity Thieves Through the Door Too? 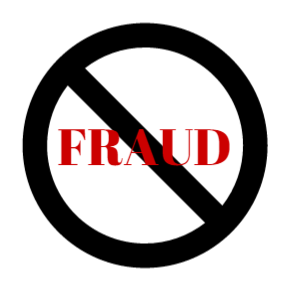 That might have been the question Barack Obama was asking himself when his credit card was declined recently after having a nice dinner in New York with Michelle.
The wait staff was concerned that Obama had become the latest victim of identity theft (although what fraudster would be reckless enough to imitate the POTUS himself, seriously), but it turns out it was something much more benign – the card was simply refused because the president didn’t go out and use it enough.
So, fortunately, this story ends with a happy ending—Michelle Obama pulled out a credit card of her own and saved Barack a night of washing dishes in the restaurant kitchen.
But for an estimated 100 million Americans who have been affected by possible identity theft in the past year, their stories may not have had the same happily ever after.

At the same appearance at the Consumer Financial Protection Bureau where he shared this amusing story, President Barack Obama made the announcement that the U.S. government was planning on cracking down on identity theft.
Calling it “America’s fastest growing crime,” Obama laid out their plan to fend against theft by shifting to using credit and debit cards that contain a security chip that will make them less fraud-prone.
For those of you in Canada, this probably already sounds familiar to you – chip cards have been widely used in Canada, Asia, and Europe for years now, but the U.S. has been taking its time to adopt these newer cards.
The government intends on using these chip-implemented debit cards to distribute federal benefits, such as Social Security, Medicare, and payments for veterans. Installing these chips into the cards won’t necessarily prevent data breaches, but what it does do is make it harder for fraudsters to make counterfeit cards with stolen data.
This is exactly what the American government wants, considering the massive cyber-attacks that have hit some of their biggest organizations in the past year—such as Target and JPMorgan Chase & Co., which, as we reported earlier this month, suffered an attack that accessed the highest level of administrative privilege within their servers.

Fraud Prevention Can Be Just That Simple

Just as adding a tiny chip to your credit card can be all it takes to fend off potential identity fraud, adding an independent ethics reporting program could be the key to protecting your company from fraud. As we mentioned with the cyber attacks in previous posts, employees are usually the first to clue in that something is amiss. Employees are the people living an breathing the everday systems and data.