Hey, anybody want to buy my VW? It’s passed all its emissions tests!

Well actually I’m hoping it has. Alas no it’s not for sale. But did I just buy a fraudulent car?

Many folks will be wondering this same thing about their VDubs. Of course, trending on twitter are many reactions to this now dubbed “diesel dupe” and “diesel gate”, including ’11 hilarious reactions to the to the VW emissions scandal.’

But this scandal is far from hilarious. It has serious implications that affect the company. Volkswagen is facing huge fines, its reputation is in tatters and their CEO has just resigned amid the scandal. This also affects other auto manufacturers as well with stocks tumbling around the globe and other European stocks taking a beating. 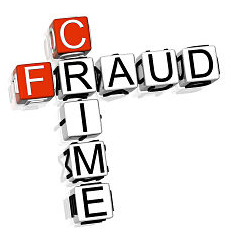 Cover-ups and scandals
It went like this: “Clean diesel” cars, in theory, don’t suffer from that trade-off between performance and pollution. The company cheated US diesel emissions tests for seven years. It did so through a clever piece of software that could identify when cars were being tested and reduce harmful exhaust so it looked like the cars met requirements, when in fact they did not. Volkswagen was caught out by independent testing carried out by a clean-air advocacy group which tested the cars themselves because they thought they were such a great example of how diesel can be a clean fuel.

Since 2009, Volkswagen has sold more than 482,000 clean diesel cars containing a four-cylinder turbocharged direct injection engine. Only problem is they were lying about their clean diesel cars.

The clean-air advocacy group study found anomalies and brought the findings to Volkswagen who disputed the test results “citing various technical issues” but implemented a voluntary recall of nearly 500,000 cars in December 2014 to put in a software patch they claimed would fix the issue. It didn’t.

The software patch is clever. It tracks the position of the steering wheel, the vehicle speed, how long the engine is on and the barometric pressure. If these inputs match the ones commonly found in vehicle testing, the software cut harmful emissions to pass the exam. If it sensed that the car was being driven on a road rather than in a lab, it switched to a separate calibration which turned off the exhaust controls.

Clean diesel cars were supposed to offer great mileage and low pollution – a tricky task
It’s speculated this was done to keep the cost of the cars down, and tricking the testers into thinking the cars were fine without the AdBlue systems used by other manufacturers (a urea-injection system which uses a chemical catalyst to make sure unburnt fuel doesn’t get into the exhaust).

If that all sounds confusing, you’re not alone. But one thing I’m sure we can all understand is that this was cheating! And no doubt about it. It screams fraud! Volkswagen is in deep with this one.

Why did Volkswagen cheat in the first place? And why was it so easy for the company to evade regulators for years? The fact that it has been going on for seven years speaks volumes about the tone at the top of the organization and the possible pressure the organization had to keep car costs down in order to make the sales. It seems pretty clear to me. You can’t be doing something this extensive for seven years and have it not be known to management.

The now former CEO said in a statement: “I am shocked by the events of the past few days. Above all, I am stunned that misconduct on such a scale was possible in the Volkswagen Group.” But the question is where did the pressure come from for this to have happened. We’ve seen what happens when employees feel pressure to grow a company’s revenue. They end up being caught out in their own gigantic fraud schemes.

And now, a fraud like this one affects not only the company’s employees and reputation, but people end up questioning if this is an ‘industry thing’. Other manufacturers who are more than likely innocent, have doubt cast upon them, their share prices fall, and the whole industry feels the ripple. And I bet you, if you really were to get completely granular with this scandal, it’s all because one person said “you know, I have an idea, but shhh, don’t tell…” And then it snowballs from there into seven years of tricking testers, cheating customers, and releasing harmful emissions.

A strong ethical culture and effective internal ethics and compliance program are closely tied to workplace behaviour. Each key indicator of ethical performance – pressure to compromise ethics standards, observation of misconduct, reporting of violations, and retaliation for reporting – is greatly improved in large companies with strong ethical cultures driven by the Tone at the Top. Pressure and retaliation become extremely rare in the largest companies when they implement effective ethics programs.

To quote from Volkwagen’s Code of Conduct: “Each superior ensures that the employees in their area know and comply with the Code of Conduct.” Unless of course the superior is part of the fraud. Stop fraud with an ethics reporting system.