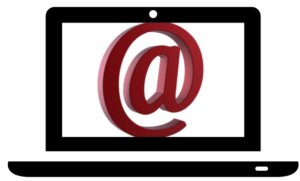 Emails seems to be the bane of politicians’ existence right now.

And just how deep is our culture of erasing public records?
There’s the email scandal that’s been dogging the Democratic front-runner, Hillary Clinton revolving circumstances surrounding the killing of four Americans outside the US consulate in Benghazi in 2012, in the dwindling months of her tenure as secretary of state. After the revelation that Clinton used a private email server for her State Department correspondence, there began a probe into whether she had turned over all relevant emails related to Benghazi (apparently there are 15 that she never turned over).
Clinton claimed that she only used her account for unclassified email. However, after review, a small number of emails, which did not contain any classified markings, should have indeed been marked classified at the time they were sent.
Closer to our home, there’s a scandal brewing over the treatment of emails that could rock BC’s premier [Christy Clark] and her supremacy in BC. Deleted emails, that is. And a whistleblower has come forward claiming so. A former legislative staffer claims the Liberal government routinely circumvented Freedom of Information laws by deleting sensitive documents and emails. BC’s privacy commissioner has slammed the Clark government for hiding and destroying emails, specifically related to BC’s infamous Highway of Tears.
The investigation into these deleted emails was triggered after a whistleblower alleged that a former staffer for the transportation minister deleted emails regarding Victoria’s response to the Highway of Tears concerns. The whistleblower has stated that when he refused to follow orders to delete emails himself, the emails were deleted for him physically by way of his keyboard being snatched up. In a letter to the province’s privacy commissioner, the whistleblower explained “It’s like in the West Wing. You do whatever it takes to win.”
This is a statement all to often told by those who are faced with similar trying decisions over doing what it takes to win vs. the more ethical approach.

Culture of Deceit and ‘Delete’

And not only that. It’s been said that the current BC government is the most corrupt in history. Provincial NDP leader John Horgan has stated that this scandal is not just about politics. It’s about the whole point of freedom of information so that the public understands why their government makes decisions on their behalf. “They’re scouring their computers at the end of the day so the public doesn’t know what they’re up to”.
Why is there no system in place at the network level to catalogue emails so that they cannot be deleted by employees? Well that’s a great question. But that would be… ethical?
And here lies the dilemma with leaders. Being a leader is a difficult thing to do, especially in politics. We live in a time when trust in leaders and our institutions has been eroded. Society demands and deserves leaders who are moral and ethical. Governments and businesses have a huge impact on the world around them. A strong ethical foundation in a government or organization means it will contribute to society in a way that sustains and enriches the lives of all.
Deleting sensitive emails that relate to the investigation into the murder and/or disappearance of numerous women does not show trust in leadership. To recap quickly, the Highway of Tears is a 724-kilometre stretch of highway between Prince Rupert and Prince George, BC. The remote location and the prevalence of hitchhiking has often led to tragedy. The number of women who have either died or gone missing has grown to 18 over the years, although many feel the actual toll to be more than 30.
So why did the whistleblower come forward? He felt compelled to go public due to his own experience with domestic violence. He knows first hand the pain and suffering that each of the family members of these missing or murdered women are experiencing – his own father was murdered – so he can see how the decisions that are made by leaders can affect trust. We covered (here) how Canadians view the ethical decision making of their leaders, and it’s not looking so positive.
Leaders help mold the culture that surrounds employees and those working under them. Based on the alleged premeditated deletion of very important emails within BC’s liberal government related to the unfortunate demise of its most vulnerable citizens, it’s easy for the public to form perceptions of unethical leadership and a belief of a culture of deceiving it’s citizens.

An Era of Accountability

This was supposed to be an era of an accountable and transparent government. Christy Clark said so! She said her government would release more information without the need for freedom of information requests, would distribute documents released through such requests through its website, and would post a host of government data online. We all delete emails — but this scandal seems to go above and beyond simply deleting. This almost seems Al Capone’ish. Martin Lomasney, Massachusetts state senator, state representative, and ward boss of Boston’s Ward Eight said “Never write if you can speak; never speak if you can nod; never nod if you can wink.” We’re not living in the Al Capone era. And Clark isn’t a mob boss of a corrupt system. There’s an expectation from the public that their governments be open and accountable. There’s also an expectation from employees that their leaders be accountable and transparent too. Download an eBook!.