Whistleblowing Is a Crucial Source of Intelligence… No Robots Needed

US Attorney General William Saxby: 1974… “the feeling among too many in the business community that any means are acceptable to achieving profits and that the crime is not in doing but in the getting caught.”

I’ve often wondered why well known, large, and “everybody knows the brand” organizations feel the need to cover up instances of when employees come forward to report wrongdoing. We’ve seen the General Motors debacle over an employee being silenced for bringing to light safety concerns as far back as 2002.
And what about BNP Paribas where internal staff alerted senior management, in vain, about efforts to conceal transactions with Sudan, Cuba, and Iran, in violation of US sanctions. The list goes on.
Who wrote the “we’ll cover it up, demote the whistleblower, and pretend nothing ever happened” script? 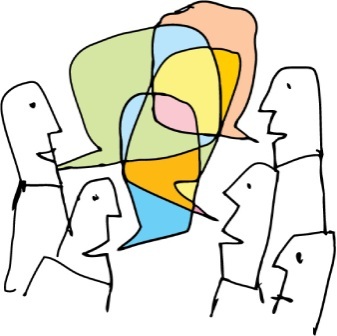 It’s not the entire organization that’s scheming together to commit the fraud and abuse. It’s a few people. Humans. That’s it. So why the need for upper management to accept these wrongdoings, protect the offenders and bully the whistleblower? Is it because that organization has essentially secured its place in the market that they don’t care. Profit over ethics? I’m sure if you’re a GM fan and looking for a new car, you’d still buy the next model GM, even after faulty ignition switches and organizational cover ups.
I guess I answered that question then. Sales will continue regardless, so go ahead, cover up and bully the whistleblower. The organization is still ahead financially.

What If Humans Weren’t the Whistleblowers?

I came across an article called “Why robots could be awesome whistleblowers”. Imagine a robot, or algorithm, taking the place of the human whistleblower and… uh, modulating?… whistleblower complaints. Most humans would gladly surrender being a whistleblower to a robot. Whistleblowing isn’t actually a position within a company, there’s no job description, and you don’t apply with a resume and references.
Those brave ‘humans’ who have reported wrongdoing did so out of moral responsibility, rather than professional duty.
Instead of encountering backlash – demotion, firing, derogatory labels, etc. – ‘robot’ whistleblowers might bring relief to human employees. And who can blame them. Studies on corporate fraud have found that 82% of cases ended poorly for those who blew the whistle.
Here’s the dilemma, and we’ll use the 2007 case of a worker at a California Toyota plant, that produced the Tacoma pickup, accusing managers of downgrading and ignoring defects:
Scenario One
Human whistleblower comes forward to report on managers downgrading and ignoring defects on the Tacoma pickup truck. Human is demoted, managers question her mental health, and, just last week, Toyota recalls 790,000 Tacoma pickup trucks because of defects, anyway.
Scenario Two
Robot does its robot stuff, alerts the organization on managers downgrading and ignoring defects on the Tacoma pickup truck. Robot is not demoted, managers do not question its mental health, and Toyota recalls the 790,000 Tacoma pickup trucks because of defects.
The outcome is still the same.
Some would argue a whistleblower’s social, reputational, and emotional risks make the position perfect for a robot that lacks human emotion and isn’t the target of spite, revenge, betrayal, etc. Robots calculate, automate, and organize with consistency. When a human raises questions about fraud, waste and abuse, we ponder their motives, and that in turn makes us interpret the issues in a variety of ways. Robots don’t have motives, don’t become disgruntled or disloyal – we trust them. Ever type a word into a Microsoft document, query how you spelled it, and hit the Spell Checker? You trust the computer’s output. And what about an airplane’s buttons, bells and whistles. The flight crew trusts those more, over their colleague actually verbalizing the same situation.
Just imagine a world where robots are running around identifying fraud, safety issues, bribes, financial irregularities and reporting those as a “whistleblower”. Robots do exist today – like in the car manufacturing industry where robots are in the assembly line and do beep and squawk if there’s an anomaly.
But this is taking it one step further. Outsourcing to the robot whistleblower could alleviate the burden of admitting wrongdoing, speaking the truth, and navigating the issue of an organization’s reputation going through the wringer.
Isn’t this just an easy way out for organizations? To me, this takes away from an organization’s obligation to have a Code of Conduct and a culture of ethical and responsible behaviour. Isn’t establishing compliant and ethical behaviour among the masses, and regulating against non-compliance a big step in the fight against fraud and abuse? No robots {should be} required.
A Code of Conduct remains an extremely important framework of accountability for everyone in an organization. The guidelines within, along with values like integrity, respect for people, and honesty, dictate not only how employees treat one another but also how organizations conduct business around the world.
Whistleblowing is a crucial source of intelligence to help organizations identify wrongdoing and risks to the business and to stakeholders. We don’t need robots to do this job.