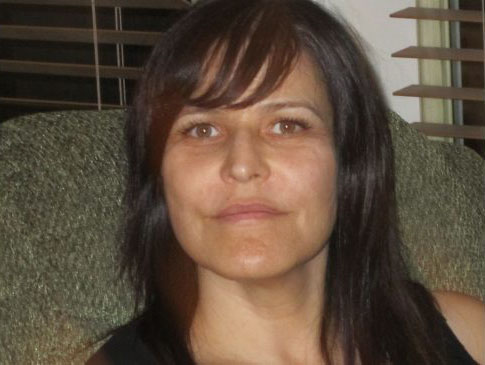 Last Monday, POGG Canada and Canadians for Accountability awarded the seventh annual Golden Whistle Award. This Award is presented annually to honour a whistleblower for integrity, courage, and resolve in the service of “Peace, Order and Good Government”. As usual, there were a number of worthy candidates, but unfortunately only one can be chosen. This year, the award went to Sylvie Therrien, a former employee who blew the whistle on a grossly unethical policy targeting employment insurance claimants.
When she started her job as a federal Employment Insurance fraud investigator, Ms. Therrien was surprised to find out that the main – perhaps only – measure of her performance was whether she had met her target for cutting off EI claimants on the basis of fraud: $35,000-$40,000 per month. If she had been able to meet those targets using  only those who had actually committed fraud, it’s likely we would never have heard of her. By her estimate, only a very small minority were actual fraud cases – as low as one in twenty.
Rather than assessing each case on the basis of its merits and assuming innocence until proven guilty, she and other fraud inspectors were told to comb through people lives to find any excuse to cut benefits. The flimsiest excuse was enough. Ms. Therrien recounted in her acceptance speech that her supervisor even shouted at her that she didn’t care if the claimant was “a f—ing First Nations, cut him off” because he wasn’t willing to move 400 km to get a job in Vancouver. The fact that the individual in question had a family and the treaty right to stay in his own community meant nothing.
But perhaps the supervisor felt justified: the year-end was approaching and, well, executive bonuses are tied to meeting targets in EI “savings”. She didn’t want to miss the chance of losing that bonus, after all. Ms. Therrien observed that such bonuses are about $50,000 each.
This exchange neatly illustrates why the quotas are unethical: they create an incentive to make decisions affecting others for personal gain. It also shows the hazards of performance pay in the public sector. Public servants have a duty not just to be efficient but to also serve Canadians fairly and justly. Performance pay introduces the possibility that efficiency and other criteria – for example, obedience – will become more important.
Ms. Therrien began to have panic attacks and difficulties sleeping. When she raised concerns at work, she was ordered to shut her mouth or face consequences. Her co-workers, rightly concerned about reprisals being turned in their direction, began to shun her. She went on sick leave when her health deteriorated under so much harassment.
Finally, unable to endure the cognitive dissonance any longer, she chose the path of moral courage: knowing internal avenues were blocked or dangerous, she leaked documents to the press. Her superiors traced the leak and her security clearance was revoked. In practical terms that meant that she was fired.
When questioned about the matter Ms. Therrien had brought to light, the government claimed that it wasn’t a quota, but rather a target. Furthermore, it argued that it was justified in firing her because she had ignored internal avenues of dissent and had released documents not intended for public disclosure. We have seen her evidence and heard her description of events and do not believe the government’s explanations to be credible. The severity of the reprisal is, in our experience, a strong indicator that she was right. (The government doth protest too much, to paraphrase Shakespeare.) There is also a nastiness in some of the steps she reported taken against her – attacking her publicly, banning her from the building like a criminal or terrorist, and targeting her friends – that also hints at the character of the individuals involved.
These actions are entirely consistent with what we have seen with many whistleblowers both inside and outside government – it’s as if there’s a playbook. Because of this, and because she stood up for the weakest in our society, we chose Ms. Therrien for the Golden Whistle Award.
The guest speaker at the ceremony honouring Ms. Therrien was Robert Fife, who spoke eloquently about the slow strangulation of accountability in the federal government. Once, he observed, there were enough journalists on Parliament Hill to dig to the bottom of the story. Once, government managers of programs could speak to those journalists and explain how things worked. Once, the Access to Information Act had some teeth, and citizens and journalists could get information (which we all own). Once, how taxpayer’s money was being spent was presented in a comprehensible format and the budget was consistent with what is actually spent.
Those days are gone, or quickly coming to an end. So, what are we left with to find out what’s really happening in Ottawa? Whistleblowers. The government knows this. Perhaps unable to imagine how to do things differently, or how public expectations have changed, they continue squeeze people like Ms. Therrien even harder.
And the next government might, too, as it settles into the comfortable, insulated, unaccountable regime built for them over the past 40 years. But if there’s one thing that Edward Snowden has shown, no matter how hard they squeeze, there will always be someone of conscience who will speak out, or leak. They’ll just get smarter about it.
It’s a shame they have to do so. There is little protection for them right now. The Integrity Commissioner hasn’t come to Ms. Therrien’s aid. So one hopes that the Canadian public demands that openness, accountability and whistleblower protection become a reality – with their votes and their voices.
Congratulations to Ms. Therrien for winning this year’s award. Thank you, as well, for having the courage to speak out. She still has a long, hard fight ahead of her, so if you support her, please consider visiting the petition for her reinstatement at Avaaz.org.
Published originally by Ian Bron, Canadians 4 Accountability