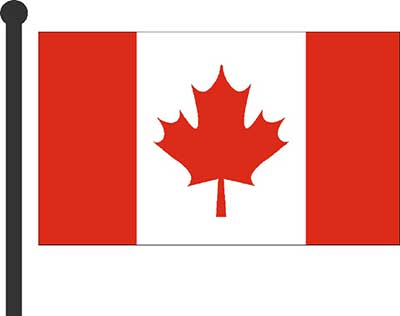 We now mark the beginning of a New Year, 2014. At this time it is worth pausing, thinking back to what was or was not achieved and looking forward with our wish list of what may or may not be achieved in the future.
Wish #1: That there will be a sincere effort to expose wrongdoing in the workplace and to protect whistleblowers.
I was recently sent a cartoon by a whistleblower. While the source of the cartoon was inadvertently left out, the caption struck a nerve. It read, “Do you realize that exposing the illegal things your government has been doing is illegal?” Unfortunately, there is more truth than fiction in this caption. We know of ‘gag orders’ that have been forced on some whistleblowers to prevent them from speaking out about wrongdoing. In fact, according to a reliable source, one of these gag orders was drafted by Office of the Integrity Commissioner of Canada (OPSIC) – the Office who should be encouraging whistleblowing.
From a whistleblowers viewpoint, OPSIC has been a dismal failure. While there is the appearance of small successes, they are few in number. There appear to be two goals in that office. First is to find a reason to reject an accusation. Second is to avoid taking any action that would embarrass senior officials in the federal bureaucracy. This was predictable when a former senior bureaucrat was appointed permanently (in spite of his assurance that he would not be applying for the job).
This leaves us with a dichotomy and the proof of an old axiom, “By their actions ye shall know them.” The reputation of the Commissioner with regard to employees is the mirror opposite of the reputation of the Commissioner with senior bureaucrats.
Wish #2: That the ‘Integrity’ expected of lower level public servants is also the Integrity demonstrated by senior bureaucrats.
To illustrate, we look at the situation of the appointment of a unilingual auditor general. Michael Ferguson has admirable credentials. Our observation has nothing to do with him but the staffing process that was used.
The notice of competition clearly stated that bilingualism was Mandatory. In other words, a unilingual person would not be considered qualified. Mr. Ferguson’s application should have been judged non-responsive based on this qualification and the process that was used. In spite of that, the Privy Council recommended Mr. Ferguson and he was eventually appointed.
Should any lower level public servant have deliberately ignored a mandatory requirement in any staffing or procurement action, they would have been severely reprimanded and, possibly, demoted or fired. The perception in staffing actions would be favouritism. In procurement situation it would be viewed as bid rigging.
It is obvious that integrity does not apply at higher levels. No wonder we hear reports of public servants trampling on others in the struggle to be promoted. The higher the level, the safer they are and the less they need to worry about doing the right thing or doing things right.
Wish #3 That programs eliminated under government restraint are the necessary ones.
As a former public servant and a close observer of the present federal bureaucracy, it is always of interest to learn that highly public and visible programs are the ones that the senior bureaucrats choose to eliminate. We know of and have reports of programs that are kept even when there is a marginal utility. We know of and have reports of discussions regarding which programs are the most visible and will have the greatest impact when announced.
The way to protect programs and growing bureaucracies is by targeting those that have high ‘optics’ and public sensitivity for elimination. There is little political will to have reductions when the political fallout is negative.
Wish #4: That Accountability be restored to its original meaning.
When we established the name, Canadians for Accountability, it had a distinct meaning. Being accountable meant that you could not pass the buck. You had to accept that, whether someone else did the work, you were ultimately responsible for ensuring that it was done.
In the last two/three years, we have noticed that accountability has developed two distinct meanings that are polar opposites. First there is the traditional meaning as stated above which is the accepted definition. Second there is the newer meaning used by politicians of all parties (as well as senior bureaucrats). By their definition, accountability means that we say we are accountable but behave as if we are not. We are not even responsible for what happened. It was or is always someone else’s fault.
Wish #5: That politicians mean what they say and say what they mean.
This one is self-explanatory.  It applies to all parties. Unfortunately, we expect it to remain a wish and never be a reality. Sometimes we wish upon a star….
Guest blog by Allan Cutler
This piece was first published in the Hill Times on January 20, 2014.