You’re an employee with an organization – have been for many years. You’re loyal, friendly, and you care about the future of your employer and its business success.
Now imagine you’ve seen some wrongdoing – fraud, bribes, securities violations – and you’ve attempted numerous times to be a loyal informant of said wrongdoing, but management brushes aside your honest attempts at shedding light on a potential disaster steamrolling its way towards your employer.
So now your next step is to call the SEC because your attempts within your organization are falling on deaf ears.
So fast forward… SEC has done its due diligence, investigations have been done, fault has been found, and suddenly you’re the recipient of millions of dollars as an award. 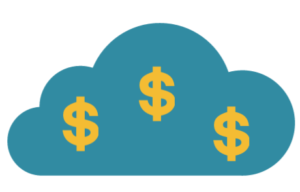 And you can finally buy your dream house in the Bahamas.
“Pfft, that will never happen to us”, say employers everywhere.
How about this – the SEC has announced an expected award of $30 million (cringe) to a foreign whistleblower who provided information that led to a successful enforcement action by the agency… for real!
Now pick your jaw up off the floor and let’s dig in.
Let’s not get into the nitty gritty of how and why, but let’s talk about the fact that this is the fourth time an award has been handed to a person living abroad since the whistleblower bounty program began. Let’s talk about the fact that this award far exceeds the previous whopper of $14 million. And let’s talk about the fact that this $30 million is about 10 to 30% of the actual fine the company has to pay!
… 10% of $300,000,000 is $30,000,000. So if the $30,000,000 is 30% of the fine… that’s one big fine.
Some are arguing that this mega jackpot of an award (and let’s face it, it is) is a way to encourage and incentivize employees who are abroad, to come forward.
The SEC awards bounties to whistleblowers whose tips lead to more than $1 million in penalties. The awards fall in the range of 10-30% of the total amount collected by the agency. It’s not clear where in that area this bounty fell, but it’s big. And just think, it could have been bigger but the SEC considered the claimant’s delay in reporting violations when making its decision about the award.
In this case, even though the whistleblower is a foreign resident, the award payment is “appropriate” because, in the SEC’s view, “there is a sufficient US territorial nexus whenever a claimant’s information leads to the successful enforcement of a covered action brought in the United States, concerning violations of US securities laws.”
Since the inception of the program in 2012, the SEC has awarded more than a dozen whistleblowers. The SEC’s Office of the Whistleblower has an online portal that makes it somewhat easy for informers to contact the agency and provide information. Now that doesn’t mean that the SEC will just dole out money right left and center to any brave sole who chooses to become an informer. There’s bit of due diligence that takes place and most cases don’t make it that far.
But, if you don’t do your part and proactively investigate any allegations of wrongdoing, things could spiral downwards pretty darn quickly, and an organization can find itself paying a jaw-dropping amount of dollars in fines.
The Wall Street Journal recently analyzed the whistleblower program based on SEC records. There’s a bunch, try 6,500 +, people who have offered confidential information under the whistleblower program. This has lead to five cases based on information from eight whistleblowers that resulted in $150 million + in restitution and fines.
Math was never my niche, but that’s a really tiny percentage – a whopping 0.1%.
Organization might think that’s nothing to worry about. But having the “that will never happen to us” mentality is just plain irresponsible. Why? Because the enforcement sanctions against the offending organizations and rewards for informers is truly significant.
This blockbuster payout should serve as a reminder and warning to US companies. Cases like this one indicate that US organizations, that have foreign operations, should take a close look at their code of ethics and compliance policies in those foreign operations.
Regardless of where in the world employees are based, they need to be trained in compliance, and that training should be certified, so if the SEC comes knocking, there’s proof that the company is making every effort to stay within regulations. Companies also need to have strong and robust ethics reporting systems for whistleblowers and ensure that managers understand that complaints need to be taken seriously.
Most times, employees are loyal to their employers. When internal complaints are brushed aside and unaddressed, that’s when whistleblowers might hire a lawyer and call the SEC. Every company should have a whistleblower hotline – it’s that simple. Here’s a few reasons why we think so.