Banks Are Using Your Voice to Fight Fraud

Your Bank Is Listening to You 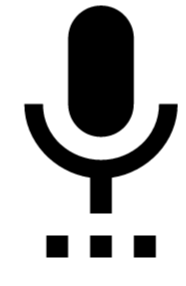 Banks are using a new technology to protect your money and fend off fraud, and you wouldn’t believe what it is.
It’s your voice.
It’s not quite as magical as it may seem—you know how sometimes when you call your bank, it warns you that your call may be recorded? Turns out, banks are actually using those recordings to take down the biometric data of your voice in order to stave off potential fraudsters.
Major banks, such as JPMorgan Chase & Co. and Wells Fargo & Co. have been using this technology, known as voiceprinting, in order to keep track of who their real customers are—and who the crooks are.
Often, fraudsters will try to break into other people’s accounts over the phone by using personal information they’ve gotten either through credit bureau reports or through major cyberattacks, such as the one that hit Target in the past year. By using voiceprinting, banks can effectively block these criminals from accessing accounts by putting them on a voice biometric blacklist.
According to Mark Lazar at Verint Systems, Inc., this technology can reduce the number of fraudulent calls by 90% in a mere matter of months.

This technology is quickly becoming popular—analysts estimate that by 2015, the number of call centers using voiceprinting will increase five-fold, resulting in 25 major call centres in the States with the technology by next year.
And it turns out, voiceprinting has already been commonly used by the government and businesses for a while. According to a recent AP survey of voice biometric vendors, more than 65 million people all over the world have already had their voiceprints taken, all without any fanfare.
However, there is a bit of controversy arising in that these major organizations that are harvesting their customers’ voices are not exactly getting their consent. All they’re doing is using an automated voice to warn them that their call might be recorded, and assuming that by not hanging up, their customers are giving consent. So despite their good intentions, it’s all a bit of a moral grey area right now.

There’s an equally easy way to fight fraud in your workplace, and you won’t have to keep it secret from your employees.
All you have to do is implement an independent ethics reporting system complete with a 24/7/365 whistleblower hotline, so your employees will always have somewhere safe to voice their concerns without fear of repercussions. It might not be a fancy biometric voiceprinting system, but in the workplace, a simple whistleblower hotline can be just as effective in reducing fraud.