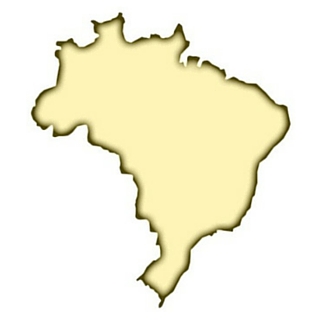 Somewhere along our corrupted path of evolution, the Olympic games have mutated from encouraging good relations between the cities of Greece, to paying whatever bribes can be paid to the host city.

How on earth have humans brought themselves to this level of conduct?
The International Olympic Committee (IOC) certainly has its hands full, especially when there are suggestions that corruption, similar to the levels exposed in world football’s governing body FIFA, is prominent in athletics.
Scandal is rife and widespread. And people let it happen.
Not only is an investigation underway into the processes surrounding the awarding of the 2016 and 2020 Olympic Games in Rio and Tokyo respectively, the press around the upcoming summer games in Rio and the amount of corruption present seems to be hitting an all time high.
So high, in fact, that it wouldn’t be complete without its own James Bond style codenames being used in an attempt to cover up identities.
The investigation even has it’s own name. Enter Operation Car Wash.
A massive corruption investigation is reaching into construction deals done for the troubled 2016 Olympics. Police and prosecutors are investigating if the Brazilian building giant Odebrecht paid bribes to secure work on a new subway line, which will connect the city’s beach zone to a station close to the Olympic Park, and the redevelopment of the city’s port area.
But this criminal probe, the biggest in Brazil’s history, also centers on various other construction companies who allegedly paid large bribes to officials and politicians for overpriced public contracts, like the oil giant Petrobras.
The entire scandal has a fully coordinated ensemble that not only consists of management of major companies, but also Brazilian politicians numbering in the hundreds.
Specifically the Odebrecht investigation documents that list 316 politicians from 24 parties who received cash from the firm.
And get this – prosecutors believe the firm had a department that specialized in paying bribes. Seriously, an actual department!
Sylvia Costa, founder of the the Brasilia based watchdog Congress in Focus says “the level of organization revealed by these documents is shocking. It would appear that all major public works were commissioned in this way and every major political party seems to have been involved.”
“The question now, for the future of Brazil, is how federal police, prosecutors and the judiciary deal with a scandal that is far bigger than any of those institutions.”
Back to the codenames.
Internal Odebrecht emails show that USD $270,000 was paid in cash to a recipient known by the codename Turquoise.
Also revealed are codenames Odebrecht used for various politicians, such as “Little Jumpy One” and others a little more risque like “Dracula” and “Viagra.”
Seriously who comes up with these? One only has to use one’s imagination to match personality type with codename to get a sense of the level of confidence these people had in their participation with this corruption.
If a lesson can be learned out of this scandal it is this: although an internal reporting system, consisting of a 24/7 phone number where an answering machine records the report is a great start, it’s not enough.
Especially when the company is global conglomerate like Odebrecht. This is a prime example of why a third-party ethics reporting suite is needed. People don’t want to leave a message on an answering machine when they are calling in from around the globe.
People want to be able to talk to a live person, in their native tongue, whenever they want.
Also, during an investigation like this one, it’s also very important to be able to capture a thorough report in real time, where every action is logged, and where an audit can be conducted when needed.
A one-pager on a company website, with a phone number and answering machine to take the report, just isn’t going to cut it. Answering machines can only hold so much recording time.
The sheer scope of this corruption happening in an Olympic host city is mind boggling. We can only hope that it serves as the turning point into the way bids and host city awards are handled. And into how host cities ready themselves for the event.