Ethics Hotlines: Not Just for Blowing the Whistle? Well Sure!

We’ll See Your ‘Misconduct Reporting’ and Raise You ‘Ideas Reporting’

We believe in an ‘all encompassing’ hotline: here’s how it works
Every post you see, everywhere, regarding ethics hotlines or whistleblower hotlines, revolves around setting up processes in place to allow employees to anonymously report on wrongdoing in the company.
We see media reports of securities violations, bullying and harassment, occupational fraud and abuse, money laundering… the list goes on. Many organizations have adopted hotlines to allow employees and stakeholders to report on these instances of misconduct.
Public companies are mandated by Sarbanes Oxley and Multi-Lateral Instrument 52-110 to have whistleblower hotlines in place, allowing employees to report wrongdoing anonymously. And these organizations must follow-up accordingly on allegations of wrongdoing to come to some sort of resolution – the SEC likes to see proactive action. 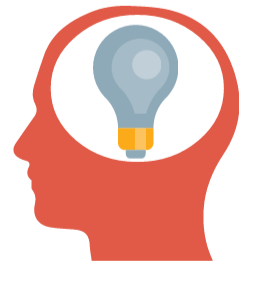 Small business can benefit by implementing ethics hotlines because for them, one serious instance of fraud could spell disaster for that company. Unlike their larger counterparts, small businesses just don’t have the tools and finances in place to fight legal battles and ethical violations.
And non-profits benefit from whistleblower hotlines by proactively nipping wrongdoing in the bud in order to ensure their continued financial support from communities and government – thus being able to continue to benefit and support those very communities and citizens.
In all instances, businesses want to prevent reputational damage, financial losses and employee distress, as it can lead to long term organizational dysfunction. Ethics hotlines allow companies to find instances of wrongdoing fast, work out solutions to fix them, and ensure they never happen again. That can be seen a positive growth – learn and grow by making mistakes. We totally agree with that statement!
But what if we were to spin this in an entirely different direction. What if employees could use a hotline as a tool for giving ideas for areas of improvement? What if they thought their idea was ‘silly’ but still wanted to anonymously get it out there? What if an employee was too shy to come forward, out in the open, with a new idea about a product the company could manufacture? They may even have ideas about how to improve an organization’s customer service.
Yes, you can do this!
When people think of ethics hotlines, they think of anonymously reporting instances of wrongdoing. That’s it. Absolutely, this is a must for organizations, no question!
But hotlines aren’t just tools where employees can come forward to anonymously report instances of wrongdoing. They’re tools where employees can come forward anonymously period!
I suppose you could think of this like an anonymous suggestion box. The only difference is that this suggestion box isn’t hanging on the wall in the lunch room, with pen and paper at the ready… and colleagues and co-workers nearby getting coffee, chatting… seeing you filling out that piece of paper.
A well working hotline will allow employees to anonymously come forward with anything they wish to report or suggest. That same employee who wishes to remain anonymous while reporting internal fraud committed by their co-worker, may also be the same employee who’s too shy to come forward and suggest a new company value they think should be adopted.
Another employee may wish to report anonymously on a safety issue at a worksite that breaches the company’s code, however, may also have a suggestion for improvement on that safety issue – and it could be a really great idea, they just prefer to remain anonymous.
What if there’s existing processes and procedures in place, have been for a while and aren’t hurting anyone, but a quiet employee has an amazing idea on how to improve these processes and procedures but just can’t bring themselves to come forward for fear of having their idea kyboshed in front of their colleagues?
A well rounded system will allow reporting of not only wrongdoing, but can also be a place where employees can submit ideas, areas of improvement, thoughts about vision and values, and new product suggestions.
Instances of wrongdoing can also be coupled with ideas on areas of improving those instances of wrongdoing. Not every employee is comfortable with coming forward, with everyone watching, while they attempt to express themselves. But they are still your valued employee who works hard, contributes to the success of the company… and still has a great idea or two.
It’s just yet another reason to implement an ethics hotline into your company. Here’s a few more in an eBook. Download yours now!