Corruption Will Not Rule the World!

There’s a multitude of news stories reporting instances of political and corporate corruption around the globe – we see them every day and it’s easy to get pessimistic. But will corruption ever truly rule the world? We don’t think so. With many new legislations going into effect across the world to combat corruption and a global whistleblower culture that continues to grow, anti-corruption efforts have never been stronger.

Over the last couple of years, there have been a swath of new legislation globally aimed at combatting corruption among political officials and corporate heads. Many countries have overhauled aging anti-corruption laws, and the new bills are undoubtedly impacting the frequency of corruption in their respective countries by imposing stricter fines and clearer definitions of corrupt practices. 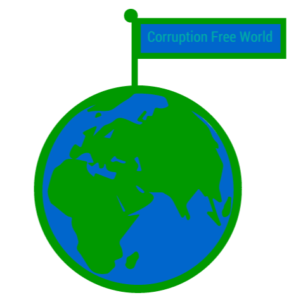 India and the EU have both implemented significant changes to their anti-graft legislation. In India, antiquated laws related to graft were completely reworked. A watchdog was put in place in order to police public officials and tackle reports of corrupt behaviour on the part of the country’s politicians. These laws came about after years of grassroots activism, but there’s still work to do. Unfortunately, compared to last year around this time, there have been 50 corruption cases in the last three and half months, marginally higher than this time last year.

In the EU’s case, measures were put in place to comprehensively police both political and corporate corruption. These laws cover auditing of businesses, trading, and personal data use. Furthermore, whistleblower protection laws have made there way to CEE countries

In reports from Transparency International, bribery is overwhelmingly identified as the most prevalent form of corruption worldwide, but there have been many steps taken by countries to fight it. The US’s Foreign Corruption Protection Act remains a benchmark in anti-bribery legislation, and over the past few years, many governments have modelled their own anti-bribery laws after it. The UK, for instance, significantly tightened their bribery legislation, imposing stricter penalties for bribery as well as making the definition of a bribe clearer and more far-reaching.

While legislation is a crucial part of the fight against corruption, a strong whistleblower culture provides the foundation for anti-corruption efforts. Not only do whistleblowers have the power to influence legislation, but their presence and continued action is critical in holding government officials and business leaders accountable and transparent.

The good news is that ‘whistleblower culture’ has arguably never been stronger. The advent of portals such as WikiLeaks, as well as the highly-publicized Edward Snowden case show that the influence whistleblowers have is global. As well, the media coverage of WikiLeaks, Snowden and numerous other cases highlights the fact that whistleblowers are becoming more visible and gaining support. This momentum is promising, and will hopefully have an impact on all areas where corruption is present. The actions of high-profile whistleblowers will undoubtedly influence those who see corruption within their workplace or government to come forward and report corrupt practices.

One Step at a Time

Corruption’s grasp does seem tight at times, but the strong foundation provided by a healthy global whistleblower culture, as well as the increased motivation by countries to adopt anti-corruption legislation bodes well for the future. While corruption may not be totally eradicated, if efforts like these continue and grow, it is unlikely that it will ever rule the world.

Creating a whistleblower friendly culture in your organization is easy. Download our e-book to learn how!