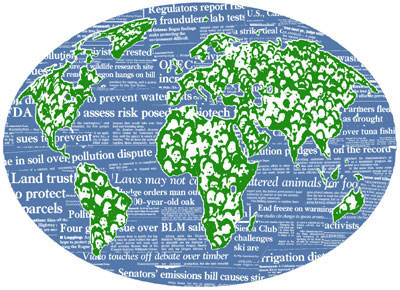 As a continuation of yesterday’s blog, today we look at some more findings based upon Transparency International’s survey of 114,000 respondents in 107 different countries.
Bribery between citizens and service providers is often termed ‘petty bribery’. However, this term suggests that this is a petty or small corruption issue. This is hardly the case. Day-to-day bribery that occurs at the interface between citizens and public service providers is not only a cost to citizens in terms of the money that is handed over for unjust reasons, but it also has discriminatory effects on the provision and management of the service. It creates an environment where citizens resort to unfair means for access to services or speed of service and where people in charge of these services seek further opportunities to exploit their position to make more money.
While an average reported bribery rate around the world of 27% is high enough to cause alarm, this is just the tip of the iceberg to understanding the scale and extent of bribery as it affects people. Country-specific public opinion surveys which allowed Transparency International to explore the dynamics of bribery in greater depth confirm that this type of bribery is by no means petty. The East Africa Bribery Index finds that the average bribe paid for land services is more than US$100 in Kenya and the average value of a bribe paid to the judiciary in Uganda is more than US$200. A survey in Mexico finds that the cost of bribery has a regressive effect on Mexican households hurting the poor the most, with an average-income household spending 14% of that income on bribes and those with the lowest incomes spending 33%. In Greece, the total costs households incurred due to corruption were estimated to amount to €420 million in 2012.
Corruption in the public sector can manifest itself in a number of different ways. We have seen how corruption can occur at the point of public service delivery by way of bribery to access or expedite these services. Other less common, but equally damaging, forms of corruption that have an impact on people occur when decisions to allocate public resources are distorted by money, power, access, connections or some combination of the above. Almost two-thirds (64%) of people around the world thought that personal contacts were important to get things done in the public sector. This percentage goes up to more than 80% in Israel, Italy, Lebanon, Malawi, Morocco, Nepal, Paraguay, Russia and Ukraine.
Corruption can occur at every level in society, so people in the survey were asked to what extent they think their government is being run by a few big entities acting in their own self interest. The survey found that 54% of people think that the government is either largely or entirely captured by self-interested groups, rather than being run for the benefit of the public at large. In Cyprus, Greece, Lebanon, Russia, Tanzania and Ukraine, more than 80 per cent of people believe the government is either largely or entirely run by a few big entities acting in their own self interest.
Looking at the 34 members of the Organization for Economic Co-operation and Development, which as the world’s largest economies should be strong performers on governance and anti-corruption, the wide range of people’s perceptions as to the extent of government capture by special interests is striking. While only 5% of Norwegians see their government captured by special interests, this goes up to more than two-thirds in countries where the economic crisis highlighted deep-rooted failures of governance, such as Greece, Italy and Spain, but also includes Belgium and Israel. This suggests that there are important lessons to be learned within the group of OECD countries from Norway and other Scandinavian countries about how to run one’s government so that it is seen by most to serve the overall public good.
The results of Transparency International’s surveys are fascinating. When the statistics are compared to current events and global trends, it becomes glaringly obvious that any facet of society can be, and usually is disturbingly corrupt. Over the next few weeks the WhistleBlower Security blog will address what can be done to help mitigate unethical practices in various sectors of society.