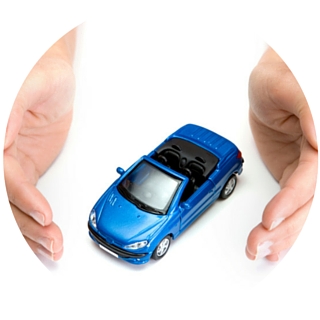 It may be slow off the start, but it will soon pick up speed

If the SEC Whistleblower Program is anything to gauge it by.

President Obama has signed into law the Motor Vehicle Safety Whistleblower Program (MVSWP) as part of the FAST Act (Fixing America’s Surface Transportation Act). If you’re an automotive equipment manufacturer, parts supplier, or dealership, there’s a few things that should get you thinking about compliance.

Why? Because the MVSWP is a new bounty program designed to incentivize potential whistleblowers to report on attempted cover-ups or failing to comply with reporting requirements for defects that may cause serious physical injury or death.

This is scary stuff! In 2015 alone, manufacturers and the government initiated nearly 900 recall campaigns that involved over 51 million vehicles.

Because lapses like these can lead to serious and often tragic consequences.

The MVSWP works similarly to the SEC Whistleblower Program in that the whistleblower could receive a substantial reward. Between 10 to 30 percent of the collected monetary sanctions.

As well, another federal law makes it illegal for an employer to take any adverse action against a whistleblower.

This should have the industry thinking very seriously about how they go about allowing employees to report on misconduct. If you were to take into consideration the General Motors fiasco where they were sanctioned $35 million in 2014 for the ignition switch scandal, that whistleblower could have been entitled to an award of over $10 million. Poor timing for that person!

But future whistleblowers could be rewarded a significant amount.

Of course there are qualifiers. The whistleblower must be an employee or contractor of an automotive manufacturer or supplier. They must voluntarily provide original information about an issue that could cause serious injury or death.

And just to be clear, original information doesn’t mean parroting information heard from an original source. It must be first-hand information and the whistleblower must be the first to report it.

And if you think companies are protected from non-US citizens or residents, think again. A whistleblower does not have to be a US resident or citizen, and reported violations do not have to occur in the US. So whistleblowers can come from any country and can seek to expose actions occurring outside of the US as long as some of the vehicles, or components at issue are sold or distributed to the US market.

Now of course the SEC Whistleblower Program was a little slow off the start, but the tips have gradually increased over the years. And these tips have also increased in quality where tipsters have hired attorneys to help them collect the appropriate information to report – this increases the likelihood of a reward. The SEC has paid out $54 million to 22 whistleblowers – $37 million of that was paid out in 2015 alone.

There’s no reason why the MVSWP would be any different.

So now we get down to the meat and potatoes. How do those in the automotive industry ensure they are playing by the rules and don’t get hit with a full onslaught of penalties?

The first thing is to implement an internal reporting mechanism to allow employees or contractors to come forward with information.

Why? Because the Act requires whistleblowers to report the information internally prior to disclosing it to the federal government, unless the whistleblower fears retaliation or reasonably believes that the information had already been reported or is otherwise already known to the manufacturer, parts supplier, or dealer.

So those of you who have already established a policy and a procedure to encourage the reporting of potential violations and to protect whistleblowers from retaliation, as major suppliers and OEMs have, great job and you should be fine.

For those of you who haven’t, now is the time! Policies and procedures should be established quickly!

Contact us for more information on how you can implement an internal reporting program.