How One Whistleblower Could Have Altered History as We Know It

On the days leading up to Remembrance day, television programs are filled with stories about The Great War, World War II, and other more recent wars (Korean, Vietnam, Iraq) and the screen is filled with images of bravery, heartache, fear, depression, and post traumatic shock. 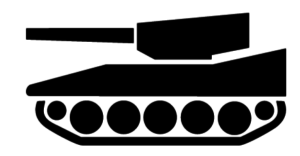 We’re living our free lives because of those brave souls who gave everything to fight for what they believed in. We associate WWII with Hitler terminating the lives of millions of innocent Jewish people. My own father-in-law’s father was taken away for a few days in his home in Germany, and questioned if he knew where Jews were hiding. Lord only knows what horror he went through those few days.
But here’s the story of one brave man, a whistleblower from WWII who could have changed history as we know it, and potentially been part of saving the lives of millions of Jewish people… if someone had only listened to his allegations. He’s a Holocaust whistleblower, a Polish man who risked everything.
Jan Karski, a World War II Polish resistance fighter who risked his life to bring firsthand reports of the Holocaust to the Allies. He defied personal danger to bring information about what was being perpetrated by the Nazis against European Jews to the attention of Allied leaders, including then US President Franklin Roosevelt.
He was born in Poland in 1914, and completed his mandatory military service and then graduated with honors from law and diplomacy studies at the University of Lwow. He was called up for military duty when Germany invaded Poland on September 1, 1939.
Jan Karski twice infiltrated the Warsaw Ghetto, and also posed as a guard at the Izbica transit camp, where he witnessed Jews being herded on to train cars bound for their deaths. He also entered a Nazi transit camp near Warsaw by dressing as a Ukrainian guard. After he witnessed Nazi atrocities against the Jews, he provided eyewitness accounts to the British foreign secretary, and President Roosevelt. As any whistleblower attempts to do, he urged them to take action, including bombing the railroads leading to the death camps. But unfortunately like many whistleblowers, his message fell on deaf ears. Sadly many thought he was exaggerating.
He ended up as a professor for four decades at Georgetown University, and died in 2000.
Stories of whistleblowers have emerged from years past, and continue to this day. Can you image what the turn of events would have been if someone took his allegations seriously?
Can you image what could have happened if recently past whistleblower’s allegations were taken seriously? Can you imagine what can happen in the future if we take whistleblower allegations seriously?
A Cardinal Rule(s) when it comes to allegations of wrongdoing:
1) Acknowledge the allegations and the person who blew the whistle
2) Seriously look into the allegations and figure out if they are justified
3) If they are, fix them!
We can’t change the past, so let’s learn from it. There will always be people who need to come forward for the good of their organizations and communities, and blow the whistle on wrongdoing. The first step is implementing a program where people can come forward to report on wrongs they see. The second step is take their reports seriously, investigate, fix, and learn. Preventing past tragedies is just one great reason to implement an ethics reporting system.