Is the Canadian Government Failing Its Whistleblowers? 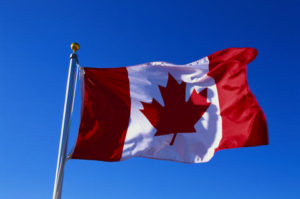 7 years ago, the Public Servants Disclosure Protection Act was put through by the federal government, ensuring federal employee whistleblowers  “ironclad” protection – in Prime Minister Stephen Harper’s own words.
Whistleblowing systems such as the Public Servants Disclosure Protection Act are supposed to do two things: prevent any wrongdoing that may affect the public, and protect whistleblowers who have put themselves on the line. According to a recent review by the Canadian Journalists for Free Expression (CJFE), Canada has done neither.
What did the Public Servant Disclosure Protection Act do?
The Public Servant Disclosure Protection Act (which we’ll just refer to as “The Act” from now on) created two new agencies aimed at whistleblower protection: the Office of the Public Sector Integrity Commissioner (PSIC) and the Public Servants Disclosure Protection Tribunal.
However, these agencies have found little evidence of wrongdoing thus far, and even in cases where wrongdoing has been uncovered, those at fault went virtually unpunished. And that’s not even the worst part: Canadian whistleblowers now face greater punishment than even before the act was passed.
So what is the current system doing about wrongdoing?
Mostly? Not much. According to the CFJE review, there is an average of one case being brought to light each year (although the rate does seem to be going up). And those at fault weren’t even punished.
Under the direction of Integrity Commissioner Mario Dion, alleged wrongdoers are allowed to keep their anonymity, thus being able to find a new job without their new employer finding out about their past. In addition, if these wrongdoers find jobs outside the federal public service, the law no longer applies to them and they are basically untouchable.
In one shocking example, a Canadian executive resigned from his position after accusations of wrongdoing and found a new job touring the Caribbean. His new employers had no idea about his alleged misdeeds.
How are whistleblowers being punished?
After federal employees blow the whistle, they inevitably go through legal trials that have the potential to be delayed over and over, resulting in endless time wasted and a fortune spent on legal fees. Not to mention that they have little chance of winning.
There does exist one tribunal in Canada that has the power to protect whistleblowers: the Public Servants Disclosure Protection Tribunal. Unfortunately, few cases ever get to this tribunal, as the PSIC screens all whistleblower cases and ends up rejecting the majority of them. In the past seven years, only a shocking six cases have made it through to the tribunal out of 140 total.
The act punishes whistleblowers by making it their responsibility to prove that any actions taken against them by their company were intended as reprisals. This is virtually impossible. A similar law was once in place in the United States, and out of the first 2,000 whistleblowers to attempt the process, only four of them succeeded.
The first few Canadian whistleblowers to attempt to go through the tribunal process largely failed – the first one is still in a legal battle with the PSIC, and the ones afterwards settled outside of court. However, it’s hard to say that the tribunal has a bad track record – mostly because there is no track record to speak of. Very few hearings have actually taken place, and to this day, none of them have completed the process.
So now what?
Though both of the public sector integrity commissioners that have been in power have been mind-blowingly ineffective (the first commissioner was, ironically, revealed to be an abusive employer who took reprisals against her own staff), the federal government has no plans to reform their whistleblower program. In fact, it is legally required to launch a review into the law every five years – and the review is now two years overdue.
While the federal government may not be doing much to help their employees, independent ethics reporting companies like Whistleblower Security are always here to provide support to your employees. Giving them the tools to report on any wrongdoing without fear of retaliation goes a long way to show how integral employees are to your organization.
Whistleblower Security is committed to promoting a culture of integrity, collaboration and transparency for all our employees and clients. With a 24/7/365 whistleblower hotline, employees can be assured that all of their ethical concerns will be heard and addressed.