Kinder Morgan Proposal: Is There a Transparency Problem? 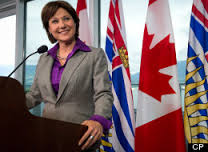 Last month, it was announced that Kinder Morgan has submitted a formal proposal for another pipeline set to run through B.C.  They hope to get approval for a $5.4 billion expansion of the Trans Mountain Pipeline, which would triple its capacity.  This comes on the heels of Kinder Morgan’s highly publicized $6.5 billion Northern Gateway Pipeline, which has attracted a great deal of controversy over the past few years.

The investigation into the Trans Mountain expansion proposal will be handled by the federal government, with the B.C. provincial government merely acting as interveners in case Ottawa’s final decision does not meet premier Christy Clark’s conditions for energy projects in the province.  The Globe and Mail suggests that it is unlikely that Clark’s government will reject the bid if it is given the go-ahead by the federal Conservatives, as the projected employment provided by the Trans Mountain pipeline are crucial to her mandate to spur on the B.C. economy by focusing on job creation.

What is troubling is the fact that Clark’s five conditions (which include passing an environmental review, having world-class spill prevention measures in place, addressing the rights of First Nations, and ensuring that B.C. gets a fair share of profits) are vague.  They have come under fire in the past with regards to the Northern Gateway, as they do not set out specific parameters that must be met.  Terms such as ‘fair’ and ‘world-class’ do not allow for the strict enforcement necessary for projects such as pipelines which can have severe environmental impact.  As well, they do little to encourage accountability on the provincial government’s part.

With Ottawa at the helm of the Trans Mountain Pipeline approval, it is critical that the B.C. provincial government work with the federal Conservatives to outline the precise parameters to be met in order to ensure the province’s environmental, social, and economic well-being.  Not only do Clark’s conditions allow for leniencies in the federal approval of the project, but they also provide an opportunity for the provincial government to convince the public that the Trans Mountain Pipeline is safe for B.C. without providing hard and fast evidence.  By hiding behind the open-ended nature of Clark’s five conditions, the government is not being fully transparent with taxpayers.  If the pipeline is approved on the federal level, it is unlikely that Clark will stand in the way of the decision, and the guidelines that she herself set out give her little to fall back on.

If the premier wants to make sure that she is doing what is best for the province, she must clearly outline her conditions and ensure that Ottawa is taking them to heart in its investigation of Kinder Morgan’s proposal.  She must assure transparency in order to gain public support for the project, and a clearer outline of environmental and social conditions are a critical first step in this.  Furthermore a tightening of her five conditions (and specifically the one which aims for a ‘fair’ share of profits for the province) will increase her ability to strengthen the B.C. economy, which she has already defined as a critical objective.  A commitment to transparency and accountability will not only ensure that B.C. gets the most out of the Trans Mountain pipeline, but will help to provide the public with the information they need to make an informed decision on the project.