“There’s certain things you’re not allowed to do. Stealing is one of them.” – Alayne Fleishmann

Last night, I happened upon the following segment on the evening news that made me sit up and listen. Have a look at the video on whistleblower, Alayne Fleishmann.

It’s not easy being a whistleblower. Just ask Alayne Fleishmann. She was a securities lawyer with JP Morgan, who blew the whistle on one of the biggest criminal securities frauds in banking history.
We wrote about Alayne Fleishmann back in November.
We’ve heard time and again that it’s not easy to be a whistleblower. But it’s even more “not easy” to blow the whistle on a huge multi national dealing in billions and billions of dollars. One can only imagine the extreme stress that lead up to Ms. Fleishmann pulling the trigger on this one.
She alerted her managers to the bank’s policy of re-selling sub-prime mortgages to investors without warning them of the danger. Loans were repackaged and sold to pension funds and other investment schemes, who were unaware of any risks associated with these products.
Fleishmann investigated one loan that involved a manicurist who claimed she was earning $117,000 a year (I’m in the wrong business…). In order for this to be possible, said manicurist would have to work 488 days in a single year to earn that salary. Unless the manicurist is living in some other dimension, we all know this is impossible. Yet JP Morgan were more than happy to include these types of loans in a low risk package.
It was ‘a few’ loans later when Fleishmann decided enough was enough and attempted to alert her managers to the fact that 40% of mortgage holders had overstated their incomes leading to a higher risk of default… and the impending mortgage crisis. According to officials, this “sale of toxic sub-prime loans – by JP Morgan and many other US banks – triggered the crisis in the US housing market that exploded into the global financial crisis of 2008”.

There’s Been ‘Silencing’, Cover-Ups, Secrecy at Every Turn, and an Attempt to Bury a Generation of Wall Street Corruption.

Fleishmann knew that if she didn’t speak up, there’d be one of the biggest cover-ups in financial history. It takes brave whistleblowers to shed this much light on such an enormous fraud scheme. 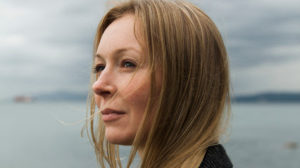 Over the last few years, we’ve seen how the power of whistleblowers can effect change, hold companies accountable and stop corruption. The spotlight on the critical role they could have played is seen in the absence of them in some of the biggest ethical lapses and most devastating frauds in history… (Enron)
While legislation now forces many companies to put whistleblower programs into place, how companies use the programs determines whether they will be successful or not. Getting employees to actually speak up and report when they see signs of wrongdoing can be hard. Many times if wrongdoing is happening in the workplace, there are employees who know it’s happening. Yet perhaps they don’t have confidence, courage, or incentive to speak up. It’s hard to blame them when we’ve seen how devastating repercussions for whistleblowers can be.
Whistleblowers like Fleishmann show how ‘the big guys’ seemingly take advantage of the little guys. Is it fair? No, absolutely it isn’t. Yet those in power continue to cover-up their wrongdoing, and silence the brave folks who bring that wrongdoing front and center. One can only hope that the price these whistleblowers pay will eventually bring change to how “white collar” organizations determine what makes good business practices (lining their pockets with moola).
And yes, many big organizations have implemented good business practices by incorporating ethics reporting and case management programs. Hat’s off. For the rest (small and medium too) who are questioning if a program like this is right for you, you’re not alone. It’s starts with taking on a speak-up culture.