MPs’ Parliamentary Immunity Should Be Re-Examined 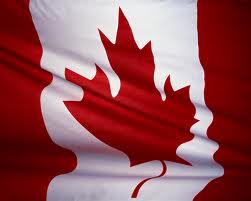 Recently, Canadians have been spectators to the Greatest Show on Earth. I am not talking about the circus. I am referring to the Senate. Thinking about it, maybe it is a circus. We have witnessed former Senators Mike Duffy, Pamela Wallin, and Patrick Brazeau tell their side of the story. They have attacked the Conservative government, Prime Minister Stephen Harper, and Senator Marjory LeBreton, amongst others. We have heard others give their input and differing versions.
Parliamentary immunity protects Members of Parliament from prosecution for slander and libel. While within the confines of the Senate or House of Commons, they are ‘safe’ and may say anything that they want. In theory, this immunity protects MPs and allows them to vote freely and expose the truth without fear of lawsuits. As a result, they can freely lie, mislead, destroy reputations, and impugn the integrity of any Canadian without fear of reprisals.
The major contrast between the Senate and the House of Commons has been the tone of the debate. The Senate, at least, has tried to maintain a degree of decorum. Is this an example of the wisdom of ages or just lack of experience in attacking the personal reputations of others? Senators don’t seem to be aware of or fully grasp the concept of Parliamentary immunity.
Not to be outdone, the House of Commons is performing in the other ring. Their MPs have much more experience with Parliamentary immunity. Look at the past. Careers and reputations have been destroyed by MPs as long as they stay within their protected confines. Look at Question Period right now. Facts and truth seem unimportant. NDP Leader Thomas Mulcair can say what he wants about Prime Minister Stephen Harper and the Privy Council. Prime Minister Harper can say whatever he wants about Nigel Wright being solely responsible. Political points need to be scored and truth or integrity gets in the way. It is a sad statement that we cannot rely on statements made by our political representatives. Simply said, we cannot trust what they say.
With this immunity and the ability to totally disregard the truth, we are left with the problem of trying to distinguish fact from fiction. Since we cannot rely on protected statements by our politicians, we cannot rely on their evidence or testimony. We cannot be certain that there are no other explanations so the standard of beyond a reasonable doubt cannot be met. We must lower the threshold to the standard on the balance of probabilities.
With this lower standard we are left with the difficulty of separating fact from fiction. How can we know the truth? The majority of statements by both Mulcair and Prime Minister Harper have to be disregarded in the House Chamber. Is this because the truth is other than what is said in the House? Likewise, statements made by Duffy, Wallin, and Brazeau while they were Senators need to be disregarded.
Fortunately, there are other sources of information. We can, to a large extent, rely on statements made outside the protected confines of the Senate or House. There are also documents placed on the public record. From this, among other wrongdoings, we know that there is a serious investigation underway involving double billing.
Part of the general problem of distinguishing fact from fiction appears to be television media reporting. For the most part, television media reports and commentary rarely qualify their reporting. Anything said in the Senate Chambers, House of Commons or Parliamentary committee is reported or discussed as fact. Print media such as The Hill Times is more careful and better balanced.
Robert Fife appears to be the exception in television media reporting. He is leading the charge in digging for the truth. He normally distinguishes fact from fiction and differentiates between the two. I have heard him say words to the effect, “Senator…said in the Senate today.” He does not imply that the statement is true, but just reports it. If he has contradictory evidence he also provides that (and he is provided with this from internal sources). What I hear from my source Fife is usually accurate.
The original purpose of having immunity to allow Parliamentarians to vote freely is long gone. Both the House and the Senate do not have ‘free votes’ as a norm. Politicians vote on party lines. I am not arguing that Parliamentary immunity should not exist. Indeed, there was a good reason for its existence, but this privilege is now often abused. With modern communications technology, the importance of it has changed. Maybe it should be re-examined and a means to ensure our politicians care about integrity, honesty and truthfulness should be introduced.
This piece was first published in the Hill Times on November 25, 2013.