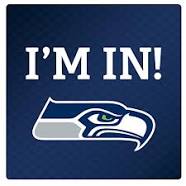 All eyes are on the National Football League this week as fans prepare for the Superbowl match-up between the Denver Broncos and the Seattle Seahawks on February 2nd.  With all of the hype and excitement leading up to the league’s championship game, it is easy to overlook that the NFL is, at it’s core, a corporation, with teams operating as franchises.  As such, the league is subject to all of the same compliance regulations as any business.  The inner workings of the league do not always receive media coverage, but perhaps this is needed to ensure that they are accountable and operating in a transparent manner.

Because the world of professional sports is driven by star power and exciting action, internal business operations often receive less attention.  However, with massive sums of money involved in every aspect of running a sports team, one could argue that these corporations should be under even closer scrutiny than many companies.

This week the NFL has been the subject of several controversies related to their transparency efforts and ethical compliance.  It was reported by the FTC that twelve companies, including several NFL teams (one being Superbowl hopefuls the Denver Broncos) had not been adhering to the US-EU Safe Harbour and US-Swiss Safe Harbour frameworks despite advertising the fact that they were committed to the privacy initiatives.  Although both frameworks are voluntary, the fact that these teams are state in their privacy policies that they are committed to compliance while engaging in breaches is troubling.  The frameworks in question are initiatives by the US Department of Commerce meant to protect personal data, and allows member companies to transfer data in compliance with EU data protection legislation.  NFL teams are in possession of data not only related to their players and employees, but also fans and sponsors, and as such, any hint of a breach in privacy could have significant consequences.

The NFL is also subject to a suit from a disgruntled fan accusing the league of consumer fraud for the sky-high pricing of Superbowl tickets and apparent holdbacks.  The fan has accused the league of only making a small fraction of tickets available to the public (as low as 1%), leading to prices upwards of $2,000 a seat.  If the allegations are true, there is  a lack of transparency at hand.  Fans are the NFL’s clients, and operating in a opaque manner with them would not be accepted in any other business environment.

Whistleblowers are crucial in exposing ethical wrongdoing by professional sports leagues and franchises, as media attention is most often turned to what is going on on the field.  The exposition of rampant bullying in the Miami Dolphins organization by Jonathan Martin is a prime example of this need.  Because Martin went to the media with information regarding questionable behind-the-scenes behaviour, the organization was forced to investigate and take action.

It appears that the spectacle of professional sports often overshadows the business ethics behind the scenes.  In the NFL’s case, infringements in data protection and questionable practices with regards to ticket sales are serious blows to their integrity as a corporation.  It is critical that the star power and entertainment central to football and other sports does not distract the public from thinking critically about how the leagues and franchises operate internally.