NFL – We Need a Whistleblower 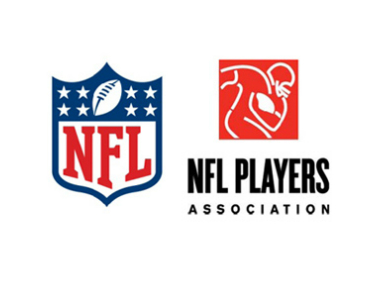 Following a seven-hour meeting in Manhattan Friday between Dolphins offensive lineman Jonathan Martin and NFL independent investigator Ted Wells, the NFL’s investigation is reportedly eyeing the team’s offensive line coach, Jim Turner.
ESPN reported Sunday that Turner is a “person of interest” to the league, that Turner has a reputation for “using loud, insulting and profane language with the players,” and Turner would “insult, bully and pile it on” Martin, ESPN sources said. The NFL wants to speak with Turner, who has a military background, regarding the violent culture that has subsisted within Miami’s offensive line, the report said. The investigation reportedly is set to include Miami’s coaching staff and front office and it could be weeks before the results are made public.
“You’ve got to be kidding me” was Brett Favre’s first thought when hearing O-lineman Jonathan Martin had left the Dolphins after allegedly being the object of prolonged bullying by teammate Richie Incognito.
“Pro football bullying?” a puzzled Favre said to Matt Lauer in Monday’s interview on NBC’s “Today” show. It was an interview that focused mostly on the former Vikings QB’s recent disclosure of the effect repeated concussions are now having on his life.
“My initial reaction was, You’ve got to be kidding me. What? Pro football bullying? We’re playing the toughest sport, most violent, not to mention you’re men, some older than others, so it’s not like a little 12-year-old on the playground,” Favre said. “I’m not defending or condoning, all I’m saying is my initial reaction was, ‘A grown man who’s 320 pounds is getting bullied?
Favre was interrupted by Lauer, who asked if the QB tough guy didn’t think bullying was possible in the NFL.

“You’ve got to be kidding me” was Brett Favre’s first thought when hearing O-lineman Jonathan Martin had left the Dolphins after allegedly being the object of prolonged bullying by teammate Richie Incognito.
“Well, I never thought I would see it. I’m not saying it’s not possible, I’m not saying it didn’t happen. I haven’t paid a whole lot of attention, but my initial reaction was ‘You have got to be kidding me.’ It is part of the locker room. There [are] a lot of guys getting picked on. Some handle it well, some don’t. I’m not saying it’s right. And from a locker-room stance, from a team stance, I’m not saying it’s wrong. It’s just the way it is.”
On the other side of the fence former QB, Joe Montana said the controversy will work itself out, asserting that bullying was common in the league though more information is needed to determine what exactly happened. Montana said the locker room is a “fun, crazy place” but added, “it’s a tough place, too, sometimes.”
One can surmise from the public comments of these professional athletes that there is indeed something going on in those locker rooms.  The NFL needs a whistleblower.  Someone who is not just walking away from the locker room, but is walking into the spotlight to tell the truth about the culture, the bullying, the victims and the need to create a more equitable supportive environment.  Just because these are 300 pound plus size men who throw each other down every Sunday, does not mean that they can not be victims of both emotional and physical domination.  Perhaps because of the culture they exist in, they are even more vulnerable.
Regardless, it is time for the NFL Commissioner to evaluate the values, mandates and systems utilized throughout the NFL and start setting some tough guy guidelines that include respect, inclusion and equity regardless of seniority, size, race or religion.