Time to Dumb Down Those Policies, Codes, and Procedures 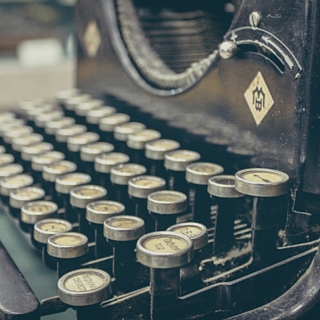 1905 called and they want their ‘legal speak’ back

It’s time to put a stop to all that legal mumbo jumbo and 18th century ‘speak’.
It’s time to ‘time-travel’ our policies, codes, procedures, and other legal documents on over to 2016.
In an article for the Association of Corporate Counsel’s website, startup lawyer Olga Mack compares many of today’s legalese sounding documents with purging outdated clothing from our closets.
Yes! Finally! (we did a little fist pump)
We’ve been emphasizing this very topic – write so your employees can actually understand what they are reading.
Don’t write to make your employees eyes cross and have them keel over from boredom.
Many companies today have employees scattered all over the globe. They come from different backgrounds. They’ve got different education. They speak different languages. They do not speak legalese. The only people who speak legalese are… nobody speaks legalese.
Not even lawyers. If you talk to a lawyer face to face, you will have a regular conversation. They don’t speak legal mumbo jumbo to your face.
So why do so many contracts, codes, and policies read like one giant run on sentence that nobody really gets?
The author of the article calls it ‘hoarder tendencies’. Some of these contracts really show their age and these writing practices are no longer needed nor are they functional.
In our industry, we see writing like this in many companies Code of Ethics and Conduct. Massive documents, many pages long, seemingly repeating the same thing over and over. Employees don’t understand how to interpret them.
And then if misconduct were to happen, the company will address the issue with the employee by reinforcing said Code of Ethics and Conduct – the very document they didn’t understand to begin with.
It’s time to make it simple. It’s time to strip out all the unnecessary verbiage. It’s time to get right to the point, in a language that everyone understands. Not only will employees understand the company’s expectations of them, you’ll drastically shorten your documents, saving a few trees in the process – something else that we’re all passionate about in this century!
Time to do some purging and stay in touch with reality.
Here’s a some starting points from the author of the article – in her words:
Legalese is dated at best and snobby at worst
Contracts will be more clear if “during such time as” is replaced with “while” or “during,” “until such time as” is replaced with “until,” “in the event that” is replaced with “if,” “prior to” is replaced with “before,” and “set forth in” is replaced with “in.” There is absolutely no reason a layperson should have to comb through archaic English to understand the business or legal terms of their documents. The document will be more self-explanatory, and more likely to be followed if the reader doesn’t require code breaking techniques to decipher every sentence.
The emphatic, rhetorical emphasis belongs in Shakespearean English
Phrases such as “at no time,” “wholly and fully,” “under no circumstances,” “in any manner whatsoever,” and “of any kind” usually do not affect a sentence’s meaning and should often be deleted. After all, there is no difference between “The user will at no time acquire a title to software” and “The user will not acquire a title to software.”
You only need one space after punctuation
Unlike people, spaces are not social creatures. They do well alone. The use of two spaces after punctuation used to be a norm with typewriters, but there is really no need to continue this Victorian habit. Your word processing software of choice is not just a slightly improved version of the typewriter. Only one space is needed. Using an extra space is inefficient because it requires an extra keystroke for every sentence and creates a functionless hole between sentences.
Avoid references to outdated technology
We have entered the era of email and phones. It is time to acknowledge that faxes are no longer with us. Requiring a notice to be delivered by fax is at best eccentric and at worst burdensome. Today, in most contexts, requiring notice by fax is equivalent to requiring a party to provide notice using telegraph, Morse code, or Latin. “Are you kidding me?” is an appropriate response.
*We’d like to note that we do still accept whistleblower reports via fax. Very rarely, but they do come in. However, we do tend to agree that the fax machine is aging fast.
“Couplets,” “doublets,” and even “triplets” waste space and time
Lawyers enjoy saying the same thing twice or even three times in row. For example, why say “by and between” when “between” means the same thing? What about “null and void” when “void” captures the meaning? My favorites are “right, title, and interest” and “interpreted, construed, and governed.” Why not simply say “interest” and “governed” instead? Saying the same thing twice or thrice does not make it more meaningful than saying it once. Again, words, unlike people, are not social creatures. Your couplets and triplets will be perfectly fine if you break them up.
Gender-specific language is dated
Using “he,” “his,” or “him” to refer to a member of a group may at best offend and at worst mislead. Instead you may:

The most appropriate or satisfying option may change based on the context, but so long as you use one of the options consistently, your contract won’t be dated, offensive, or misleading.
These are simply ideas for self-improvement, according to the author, and in no way do they represent mandatory changes.
These are simply ideas that we believe hold a ring of truth. After all, the whole point of any document is to state a case, and have the reader understand it.
No company wants to find themselves faced with misconduct reports because the person committing the misconduct didn’t know it was wrong, because they didn’t understand the company’s Code of Conduct.
We help our clients with their policies and codes. If you’re looking for an ethics program and revamp of your materials, let’s chat!