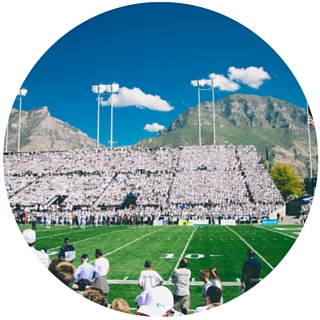 But would it be worth it to appeal this latest ruling?
Two judges on a panel have ruled in favor of the NFL – one ruling in favor for Brady – that the star player should play out his original four-game suspension imposed by the NFL.
For months, football fans across the nation have been arguing over who played a role in “deflategate”, the deflating of air pressure of the footballs used in the January 2015 AFC championship game between the Patriots and the Indianapolis Colts.
This new ruling follows on the heels of a September decision by a Manhattan Judge that went against the league, letting Brady off the hook and dropping the four-game suspension.
And of course the league is saying that this new ruling is fair in severely punishing Brady after they say the star quarterback tarnished the game by impeding the NFL’s investigation by destroying a cellphone containing nearly 10,000 messages.
Brady said that it was his practice to destroy his phone and SIM cards whenever he got a replacement phone. I don’t know if this seems a little far-fetched to me. Who destroys their phone? I have a drawer full of old phones… still in-tact. But who am I to judge?
There’s a lesson in here somewhere on tone from the top
Yes there is a lesson of sorts. Whether Brady actually participated in deflating the balls (ie., watching the air flow out), or knew that it happened… “gee the balls seems a little under inflated today, oh well”, the question remains did he have some sort of knowledge about it?
I believe the lesson is this: the corporation (NFL) handed down a punishment to an employee (Brady) for breaking the rules as set out in policies.
The majority four-game suspension opinion written by Judge Barrington D. Parker, said this:
“Our role is not to determine for ourselves whether Brady participated in a scheme to deflate footballs or whether the suspension imposed by the commissioner should have been for three games or five games or none at all. Nor is it our role to second-guess the arbitrator’s procedural rulings. Our obligation is limited to determining whether the arbitration proceedings and award met the minimum legal standards established by the Labor Management Relations Act.”
In other words, was the original suspension enough to meet legal requirements as set out by the Labor Management Relations Act? Apparently a four-game suspension is good, and should be put into effect.
Like in any organization, if someone breaks the rules, or has knowledge on the breaking of the rules, a consequence must be paid. Nobody should be immune to the rules, whether you sit at the top of the organizational structure, or near the bottom.
The success of any organization depends on the cooperation of everyone involved. Policies and procedures are put in place for a reason. And those organizations who have implemented reporting hotlines to shed light on sketchy inner-working are that much farther ahead.
And Brady? He knew this new ruling was a possibility so with that in mind he re-did his contract. He’ll now lose just over $200K instead of $2M. Smart move on his part. However, it’s the four soon-to-be-missed games he cares more about. There’s some interesting statistics he holds against the four teams he’ll be missing playing with. But if he’s passionate enough about it, on the fifth game back, the opposing team should be scared about a pissed-off Brady out on the field.
Lesson learned? More than likely and hopefully other players and teams will keep to the rules.
A hindrance to Brady in the long run? More than likely not. He’ll come out the other end fighting hard and his legions of fans backing him up. He’ll still be a star player.
Should he fight this latest ruling? Well that would be time consuming and take more money. So time will tell if this is the case.
In the meantime, let’s get some ethics reporting on the scene!