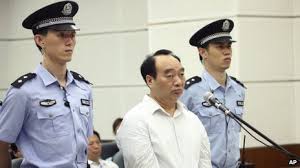 Recently, video showing a number of Chinese government officials entering hotels with their respective mistresses was released on the internet by an anonymous whistleblower, leading to the firing of those implicated.

This story has garnered a good deal of attention, and has sparked debate around the relationship between whistleblowing and personal privacy.  The internet allows for the swift and widespread dissemination of information, and as such has enabled whistleblowers to easily spread material.  However, it is clear that we must begin thinking more about the type of information being spread and its implications.

The Chinese officials in question were filmed without their knowledge in a capacity not directly related to their positions.  While there is no question that entertaining mistresses in hotels is unsavoury, one has to wonder if a line was crossed with the videos being made public.  The whistleblower has stated that they were disgruntled by corruption on the part of the officials, and released the tapes in an attempt to have them dismissed.

The increased attention brought to whistleblowing by highly-publicized activities of WikiLeaks and Edward Snowden is positive, but as it grows, it is inevitable that boundaries related to acceptable whistleblowing practices will need to be more clearly defined.  Whistleblowers should hesitate to use materials such as the video footage in question when putting together their cases.  Not only do these types of material have little to do with the work of those against whom the whistle is being blown, they also undermine the integrity of whistleblowing as a practice.

WikiLeaks and the cases of Edward Snowden and Chelsea Manning set a precedent for how whistleblowing can be conducted in an age of mass information, and moving forward there must be considerable thought given to the what information is reasonable to expose as a whistleblower.  The freedom to easily spread information is powerful, the fact that it eliminates so many boundaries means that there is a need for the establishment of new ones.  With Snowden’s leaks exposing the NSA’s questionable use of individual information a cornerstone of modern whistleblowing, it is ironic that certain whistleblowers are turning to the same tactics in their attacks on government officials.  While these practices may bring about the desired result, it does little to address the systemic problems that bring about corruption.  When a whistleblower resorts to tabloid-esque measures in order to bring about the dismissal of an official they find corrupt, they are not necessarily bringing attention to corrupt practices.  If officials are dismissed based on lewd personal activities, the general public does not necessarily question the political practices that might be contributing to corruption in their country, but might rather become engrossed in the private lives of their politicians.

Whistleblowers over the last several years have railed against the unwarranted use of personal information and material, so it is disheartening to see that people calling themselves whistleblowers are resorting to those very practices.  In order to ensure that whistleblowing remains a crucial part of the democratic practice and continues to hold governments accountable for their actions, it must uphold its integrity and strive to expose the root cause of corruption rather than simply sabotaging those a whistleblower may find corrupt.