Bullying and Harassment: It's Everyone's Problem 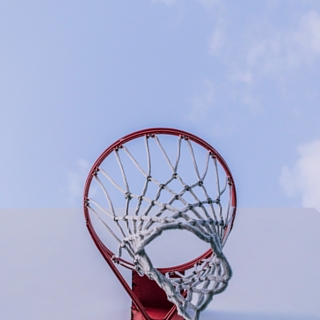 Foul play off the court: bullying and harassment affects everyone on the team

Typically it’s one, two, or maybe a few people involved in the bullying and harassment, or other misconduct. But for the most part, everyone else hasn’t actually done anything. Yet the actions of a few rogues in the group affects absolutely everyone. It’s true in the corporate world. It’s true on a sports team as I’m about to explain.

A junior boys basketball team from Oak Bay High School in Victoria, BC, is learning this tough lesson.

The actions of a few members of the team has cost the entire team its entry into the basketball playoffs – despite being ranked as #1 in the standings.

What happened was one member of the team took a “highly inappropriate” picture of one of his teammates a few weeks ago.

The picture was then posted on social media.

The result for the boy who had been photographed was bullying and harassment that went far beyond high school teasing.

The superintendent of the Greater Victoria School District said only a few of the Grade 9 and 10 boys were involved in taking and posting the picture online.

The similarities between this high school team and employees in the workplace is that the majority of the team was aware of what was happening, either at the time or after the fact. Much like in the workplace.

And what happened with those who knew of the incident, much like co-workers who are aware of misconduct in the workplace, is that nobody came forward to blow the whistle.

Now granted the pressures of high school students are a little different than the pressures of an adult in the workplace. Teens are tying to understand the chaos of the world. Adults have already figured it out (sort of).

But the lesson in this unfortunate incident is that if other members of a team don’t speak up and report misconduct, then the entire team is at fault.

The result is punishment to the whole team by benching the rest of their season.

In the workplace, reputations are at risk, and people lose their jobs.

The superintendent said that “as educators, we inform our students about bullying and harassment and the use of social media.” This is typically seen in a school’s code of conduct and constantly communicated through newsletters. Much like a company has a code of conduct that every employee need to be aware of.

Everyone is responsible for their choice to obey the rules. Otherwise there will be ramifications.

In a company, if an employee chooses to partake in some form of fraudulent activity, and co-workers are aware of it but don’t come forward, an entire department, not to mention company, can be turned upside down. That once top ranking company can suddenly be struggling for air.

A team celebrates together over a win. So should they accept the consequences together over misconduct. Whether on a team or in the workplace, anyone who has knowledge of misconduct has a responsibility to come forward to report it.

It’s a tough lesson for the teens, but one they will probably bring with them into the workplace.