Definition of 'Uber' in Question Over Sexual Harassment Claim 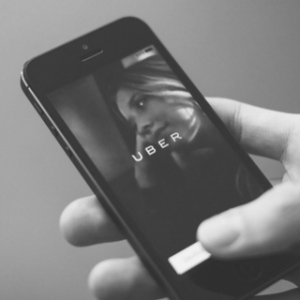 Denoting an outstanding or supreme example of a particular kind of person or thing.
If by outstanding example you mean brushing off numerous [alleged] reports of harassment, discrimination, a toxic culture, and massive favouritism, then yeah, definition covered.
That’s how it’s coming across to an outsider anyway, when a former employee’s only audience isn’t Uber HR and management itself, but the public and media.
Uber, the ride-share company, is in the news again. This time they’re scrambling to investigate shocking allegations of sexual harassment reported by a former employee.
Former Uber engineer Susan Fowler, laid it all out on her blog. In it she spews forth a plethora of alleged incidents. From receiving sexual company chats from her manager on her first day at work, to numerous meetings with HR bringing these incidents to their attention, only to be told the incidents don’t matter, stop complaining and get back to work.

“When I reported the situation, I was told by both HR and upper management that even though this was clearly sexual harassment and he was propositioning me, it was this man’s first offense, and that they wouldn’t feel comfortable giving him anything other than a warning and a stern talking-to. Upper management told me that he “was a high performer” (i.e. had stellar performance reviews from his superiors) and they wouldn’t feel comfortable punishing him for what was probably just an innocent mistake on his part.”

Ms. Fowler’s post goes on to claim numerous times she, and others, came forward with reports of harassment and discrimination to HR and management, only to be told this was the first anyone had ever heard such claims before.
And now, Uber’s co-founder and CEO Travis Kalanick, is scrambling to figure everything out.
This is the point in this post where we veer away from the alleged activity Susan Fowler, and other female employees experienced at the hands of management. Although important as it is to shed light on it, that’s the very point.
How is management’s unbiased investigating going to be anything but less stressful than it already possibly is, without victim proof that hasn’t been tampered with, or HR’s proof that the situation was blown way out of proportion.
Much of what Ms. Fowler documents in her blog can be easily massaged, edited, or deleted altogether, lessening the behaviour of management ignoring reports, and heightening the perception that Ms. Fowler was just whinging about her job.
This is where WhistleBlower Security is supposed to come in promoting the importance of ethics reporting hotlines, case management systems, and whistleblower policies. But the proof is in the pudding here.
Ms. Fowler had no other place to file a report, other than spilling the beans on her blog, for all the world to see, and people to judge Uber by.
So now, not only is Uber trying to piece this complex puzzle together, they also have to play the reputation damage control card too. And this isn’t the first time reports of harassment have been cited.
This is the irritatingly frustrating part an outsider sees in the internal running of a company. Why is there no place for employees to file anonymous reports, and why isn’t management taking these reports more seriously?
It’s as simple as ‘I’m thirsty, so I’m going to drink water now’.
We have a company, we need to implement a reporting hotline now.
Employees have potentially more power in the daily activities of an organization than anybody truly really thinks about. Employees outnumber management. Employees know about things that are happening that management may not. They need a place to bring concerns to anonymously and safely.
You can’t get any more tone from the top than Uber’s CEO and co-founder taking action to figure out what happened in this instance. Unfortunately, he can’t be in every place at once. That’s why it’s to important that tone from the top filter down to senior management, and lower management.
And employees need to know and understand that management have their backs when it comes to bringing forward ethical complaints and violations.
If ever Uber is in the market for a trusted third-party ethics reporting hotline and case management system, WhistleBlower Security will gladly provide a super awesome program where employees can anonymously report to, and management can use to seriously investigate complaints. Perhaps with one, public scrutiny will be eased. That’s a huge win.