FCPA Just One of Many Global Anti-Corruption Laws 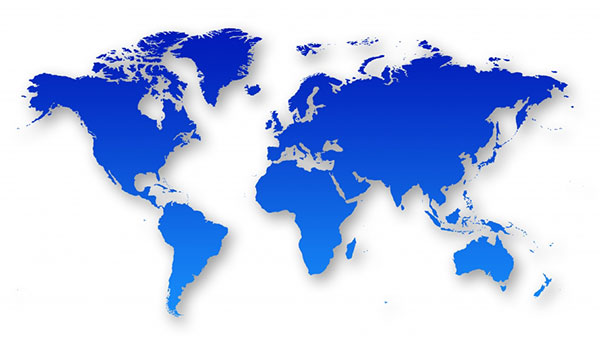 Countries that had anti-corruption laws on the books, but that were rarely enforced, have now revamped the statutory framework and have actively initiated investigations of multi-national companies and individuals alike. Such anti-corruption enforcement is not necessarily new, but the increased efforts are recognition that governments will no longer ignore even the smallest corruption transgressions.
Regardless of the advancement by other countries, the FCPA will remain the benchmark for anti-corruption laws for the foreseeable future. The FCPA prohibits the bribery of a foreign government or international organization officials to obtain a business advantage. The bribe does not need to be large and can be based on a quid pro quo arrangement. Although a “graft” or facilitation payment, which is the paying for a government service for which an unfair advantage is not obtained, is allowed (e.g., pay for the telephone service to be installed), this is a still a gray area that worries many companies working abroad.
The U.K. Bribery Act, among other variances, takes the FCPA two steps forward. The British law prohibits any bribery, not just involving government officials, and does not have the “graft” exception. But, the U.S. does have similar laws when the U.S. Travel Act, which prohibits the utilization of interstate commerce for any criminal act, is combined with individual State laws that prohibit both governmental and commercial (i.e. non-governmental) bribery. China has a similar model when the People’s Republic of China (PRC) Criminal Law, and Article 8 of the PRC Anti-Unfair Competition Law are combined. Russia also prohibits commercial bribery pursuant to the Russian Criminal Code and heightened enforcement under Russia’s laws is expected due to the issuance of recent interpretative guidance by Russia’s Supreme Court.
Utilizing the FCPA as a model, other countries are also amending their anti-corruption statutes. For example, in August 2013, Brazil passed the Brazilian Clean Companies Act to hold companies accountable. The Brazilian law, which is effective in January 2014, is more similar to the FCPA than the U.K. Bribery Act in that the law targets “public” corruption, and not commercial bribery. However, unlike the FCPA, which requires a minimal knowledge (or should have known standard) of the corruption, the Brazilian law is similar to the U.K. Bribery Act and only requires a showing of an intent to benefit the company. Also similar to the U.K. Bribery Act, the Brazilian law provides incentives for a well-geared company policy to avoid such acts. Finally, similar to the U.S. and U.K. laws, Brazil encourages voluntary disclosures concerning alleged violations.
In June 2013, Canada also made changes to its Corruption of Foreign Public Officials Act to make it more in line with the FCPA. Similar to the FCPA accounting requirements for publicly traded companies, Canada’s law has instituted similar provisions that are wholly separate from the bribery acts. The U.S. has utilized the FCPA provisions successfully in the past, most notably when investigating the United Nations’ Food for Oil Program, when the bribery “act” could not be fully prosecuted to a “beyond a reasonable doubt” criminal burden of proof. However, the Canadians adopted a similar provision to the U.K. Bribery Act that prohibits “graft” or facilitation payments.
These are only a few examples of the multiple changes to countries’ anti-corruption charges. Although the asserted rationale for such changes is for countries to come into line with their international treaty obligations, the significant financial penalties paid to the U.S. and other countries that have resulted from international investigations of several multi-national corporations cannot be ignored.
Anti-corruption compliance is now a booming industry. However, a “cookie-cutter” approach to corporate policies and training is not necessarily effective. Rather, companies must review which countries it is doing business with and ensure that the “umbrella” policy covers all those countries’ anti-corruption laws. This is especially the case due to the extra-territoriality of the various countries’ laws. If a company is doing business in China, but has operations in Brazil and Britain, the company must ensure it is following all of these counties’ laws in each separate country it is doing business. Simply, the strictest law on a various point controls. Hence, “graft” or facilitation payments should be extremely rare if not outright prohibited for future business activities.