Truckers to Get Whistleblower Hotline After Strike 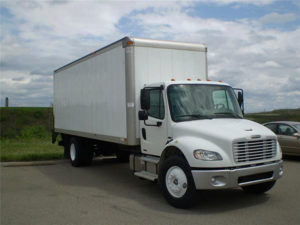 History Repeating Itself After Three Months

Earlier this year, unionized truckers at Port Metro Vancouver walked off the job for a month protesting low per-trip salary rates, long wait times at the port, and supposed undercutting in the industry.

At the end, the union managed to make a deal with the provincial and federal governments in the form of a 15-point joint action plan. The most important of these points stated that the federal government would take “appropriate measures to increase trip rates by 12 per cent” – a policy which would apply to both unionized and non-unionized truckers, and apply on a round-trip basis. This was slated to come into effect on April 3.

However, a director of the Vancouver Container Truckers Association (VCTA) – which represents hundreds of truckers in the B.C. area – says that about one-third of the trucking companies are not complying with this new policy. Due to this, truckers are considering slamming on the brakes yet again – mere months after they went back to work the first time.

Trucking Companies Cheating Truckers – and Each Other

According to Gavin McGarrigle of the VCTA, some trucking companies only agreed to pay the truckers the new, increased pay rate 30 days after the policy came into effect, while some other companies stated that they would only pay the truckers on a one-way trip basis, not the round-trip deal that was agreed upon.

Understandably, the employees are not pleased. And they’re not the only ones – the trucking companies that did comply with the new policy are angry too. Since they played by the rules and increased their truckers’ pay rates, they’re now getting undercut by their rivals who refuse to pay the inflated salaries, and can thus afford to offer their customers cheaper rates.

As McGarrigle put it, “it’s one thing to wait for payment of monies owed; it’s another to see your company lose customers, because they’re playing by the rules, to someone who’s not.”

Now Truckers Can Blow the Whistle

In an effort to give a voice to disgruntled employees, Port Metro Vancouver and the Ministry of Transportation are launching a joint whistleblower hotline.

Through the whistleblower service, truckers can call or even e-mail with their concerns over payment, which will then be investigated by the Container Dispute Resolution Program, and finally, disciplinary measures will be carried out if necessary.

Transportation Minister Todd Stone has high hopes for this new program, saying that it “provides a mechanism for driver complaints to be dealt with effectively.”

Having an easily accessible whistleblower hotline for anonymous tips goes a long way to preventing fraud in your workplace. Implementing a whistleblower culture within your own organization is easier than you think.

WhistleBlower Security prides itself as Canada’s independent certified ethics reporting provider for businesses, and is committed to promoting a culture of integrity, collaboration and transparency for all our employees and clients. This includes working with our clients to establish a strong Code of Ethics. With a 24/7/365 whistleblower hotline, employees can be assured that all of their ethical concerns will be heard and addressed.