Unethical Amnesia: It May Be Why Fraud Happens 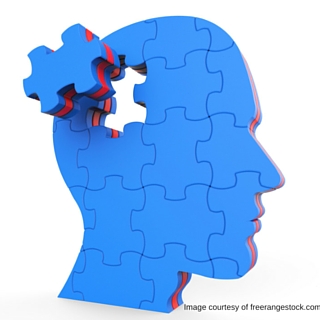 Fraud Friday: Why do people forget they previously participated in unethical behaviour?

Most of us believe that we would never behave dishonestly or unethically despite facing certain temptations that are hard to resist.
However, often we do cross ethical boundaries.
In business across the globe, we’re always seeing reports of ethical misconduct in business, politics, sports, education, medicine – any industry.
These behaviours cost businesses billions every year.
And although many of us consider ourselves honest folks, most of us have actually participated in some form of unethical behaviour.
Illegally downloading music from the internet.
Using public transportation for free. I’ll admit I have participated in this before. I certainly didn’t intentionally ‘forget’ to validate my transit ticket, but conveniently there was no supervisor or security present anywhere near any ticket validation stations so my legs just kept walking… right onto the transit vehicle. Transit ticket lives to see another day.
We’ve all done something so there’s no point in your shocked expressions. I bet you too have participated in something that would fall into the unethical scale!
Those who steal from their workplace, whether they think the stolen item would never be missed (post-it-note, roll of toilet paper… a few extra dollars on a cheque), are actually participating in arguably small-scale dishonesty with a surprisingly large scale negative impact, both socially and financially.
What happens to our brains after we engage in unethical behaviour?
The article explains that after engaging in unethical behavior, individuals’ memories of their actions become more blurred over time because of the psychological distress and discomfort such misdeeds cause.
Engaging in unethical behavior produces changes in memory so that memories of unethical actions gradually become less clear and vivid than memories of ethical actions or other types of actions that are either positive or negative in nature.
This blurring of memory of our unethical acts over time is being called “unethical amnesia.”
Because of unethical amnesia, people are more likely to act dishonestly repeatedly over time.
Dishonesty often results in guilt, remorse, or other negative emotions, so it’s expected that people would avoid continuing to act unethically. However, research into this article suggests otherwise.
Unethical actions tend to be forgotten; when remembered, memories of unethical behavior become less clear and vivid over time than those of ethical actions or other types of positive and negative behaviors.
Where does amnesia play?
People hold an overly positive view of their morality but consistently fail to live up to this standard, so they experience psychological discomfort after behaving dishonestly and engage in various strategies to alleviate this dissonance and reduce their distress.
Because people value morality and want to maintain a positive moral self-image but often act dishonestly when facing the temptation to behave unethically, they are motivated to forget the details of their actions so that they can keep thinking of themselves as honest individuals.
Here’s a prime example for why an employee may commit fraud in the workplace: they come up with justifications for their unethical behavior to distance themselves from it or view it as morally permissible.
Additionally, to reduce the psychological discomfort experienced after committing unethical acts, people use a double-distancing mechanism, judging others’ transgressions more harshly than their own and presenting themselves as more virtuous and ethical in comparison. (see my transit escapade above as proof of this. I say others participate in this more than me so I am a better person because I’ve only done it once… I just fell into the darn trap!)
We all judge others’ transgressions more harshly that our own, I promise you! You just may not pay attention to it. For most of us it doesn’t involve defrauding a company, or other such workplace misconduct, but rather everyday life events.
The full article can be read here. It sheds a bit of light into why internal fraud and abuse may happen in the workplace.
It also stresses the importance of why a company needs to invest in its development and it’s employees development by providing tools to help reign in unethical amnesia.